Michael Gordon / Shutterstock.com
◄►Bookmark◄❌►▲ ▼Toggle AllToC▲▼Add to LibraryRemove from Library • BShow CommentNext New CommentNext New ReplyRead More
ReplyAgree/Disagree/Etc. More... This Commenter This Thread Hide Thread Display All Comments
AgreeDisagreeThanksLOLTroll
These buttons register your public Agreement, Disagreement, Thanks, LOL, or Troll with the selected comment. They are ONLY available to recent, frequent commenters who have saved their Name+Email using the 'Remember My Information' checkbox, and may also ONLY be used three times during any eight hour period.
Email Comment Ignore Commenter Follow Commenter
Search Text Case Sensitive  Exact Words  Include Comments
List of Bookmarks

Encountering almost daily criticisms of the police by Pathologically Virtuous Whites of the sort one finds at Salon and NPR, many of these criticisms being nonsensical, I find myself wanting to ask these unpleasantly nice people:

Do you know any cops? Have you ever known any? I mean known them well enough to have a beer with after work, or to invite to a get-together at your house. Have you ever really talked to a cop?

Letâs try this: Have you ever heard an unedited interview, or any interview, with any of the cops or security people accused of gratuitously killing blacks? Or with their lawyers? With any cop at all about anything at all? That is, with anyone who might present their side of the story?

Has it ever occurred to you that there might be another side of the story?

Yet I assume confidently that you have heard all sorts of activists and talking heads who werenât there holding forth on events about which they had no direct knowledge. Doubtless you have heard a lot from Jesse and Al, Barack and Michelle, and Hillary, and Black Lives Matter, and all the commentators. But nothing at all from the cops, right? That is, your entire understanding of cops, the conditions in which they work, and particular events has been crafted by the media. No?

Now, why donât you know any cops? For at least two reasons. As a Pathologically Virtuous White (PVW), you are almost certainly a college graduate. The police are blue-collar. PVWs s do not associate with what they regard as lower classes any more than they would let their daughters date a plumber.

Another reason why you donât know any cops is that cops and their families tend to be clannish, to associate mostly with other cops and their families. There are reasons for this. One is that people are uneasy around cops and, in social settings, the cops are uncomfortable around PVWs. If you invite a dozen friends to a backyard barbecue, and one is a cop, what happens if a guest, unaware, pulls out a joint and lights it? Does the cop arrest him? Pretend he doesnât see? Be a good sport about it and risk repercussions for dereliction of duty? Will people even talk about their experiences in the Sixties with a cop around? (âI was flying on psilocybin andâ¦.â)

What if some of the guests are a bit, er, flushed with wine and start to drive home? Should he give them a sobriety test to protect the public? When is a cop not a cop?

Further, cops are masculine, a condition seldom practiced or approved by PVWs. They are conservative and like guns. You will be acutely aware that they are not your kind of people. They will be aware that you are thinking this.

So you know nothing about them, their jobs, or the conditions in which they work. Especially the latter. Blank ignorance allows you to have strong, simple ideas and pious indignations about the police without any danger of contradiction by reality. You friends will all have the same notions, and you will all enjoy admiring your inherent rightness.

There are at least two explanations, neither of which you are likely to understand, for your detestation of cops. On the street, cops have to be hard-nosed or they lose their authority. Citizens are a pain in the ass when interacting with cops. They will lie, argue, bluster, threaten, and weasel. A pretty woman hikes her skirt up before the cop reaches her car door and makes googoo eyes. Men, especially in groups will try to intimidate an officer, physically or by arguing furiously. They all know the mayor. Why isnât the cop out catching real criminals? The only way the cop maintains his authority is to be stone-faced and not friendly. Thus a cop who laughs and tells stories in the cruiser becomes robocop on the street.

The other reason why PVWs hate cops is ego. Say that you are a bank president of forty-five, or a lieutenant general in the Air Force, or the wife of the city treasurer. You are in your forties and have well-developed self-esteem. You are used to deference from others. You get stopped for speeding or, worse, wobbling out of your lane. The cop is twenty-two years old. A high-school grad.

Thisâ¦kidâ¦can lecture you as if you were an erring child, order you out of your car, make you walk a straight line or blow in an Alkalsenor, impound your car if he determines that you are drunk, arrest you in handcuffs if necessary and send you to months of drunk-driving school. You have to take it. There is no recourse.

From a twenty-two year old kid.

Most of it wonât happen unless you are an idiot, but the kid can do it. And this rubs Pathologically Virtuous Whites the wrong way.

Now, let us go off the deep end and imagine that you were required to don a copâs uniform and spend three months walking a foot beat with a real cop in, say, Newark or Chicago or Detroit, downtown. How would this affect your mind?

You would find yourself in an utterly black neighborhood, probably for the first time in your life. You would not be nearly as comfortable as your multicultural self would like to be. People would not look friendly, especially the young men. There would be cold-eyed, dead stares. What I used to call sharkâs eyes. The class and racial distinctions you think you donât have would kick in hard.

People will hate you. It will be shock to your system because it runs against everything NPR has told you to think. You will run through the laundry list of slavery, oppression, white privilege, but when you are through they will still hate you. As a momentary cop, you have to deal with what is there, not what you think ought to be there.

Suddenly the killing of policemen by blacks that you saw as abstractions on TV, perhaps half thinking that they deserved it, will not be so abstract.

You will discover that that when you arrest a local, no matter how obviously guilty of what, you will be hated for it. If you decline to arrest anybody for anythingâa course whose wisdom you will begin to seeâSalon and NPR will attack you for not doing your job.

You will realize that the police are not heavily armed thugs intimidating a helpless and cowering black public. Cops are vulnerable. Anybody passing you on the street could stick an ice pick into you, or blow your head off from behind. When you walk through a group of eight young men who donât like you at all, for a moment they will be on both sides of you, in front, and behind. You, a PVW, would probably turn your head to look backward, making you look afraid. Bad move. If you show fear, they are in charge.

I am not making this up. As I write, the headline are that three cops were killed by blacks in New Orleans.

After a few days, the hostility would begin to get to you. You might want to throw up your hands and say, âLook, Iâm with you. I understand your suffering over the centuries. I confess my guilt. Forgive me.â

It wouldnât work. Nobody likes a whimpering wussy, usually including the wussy. There would slowly grow on you a horrible realization that when people dislike you intensely, you begin to dislike them. When you are afraid of them, dislike comes faster. You would begin to use words like dirtbag, knucklehead, perp. Or at least think them.

You will see things that will change you. The blonde fifteen-year-old rape victim, screaming, choking, sobbing as a paramedic try to get a sedative into her arm. You will note your partnerâs knuckles going white on his nightstick, the barely audible, very earnest, âGod I hope he resists arrest.â This wonât make you favor police brutality, not at first anyway, and you may mumble appropriately about a troubled youth and white privilege. But you will begin to think.

And you will realize things that Pathologically Virtuous Whites donât know. They think they do, but not even close: Shit happens on the streets. Really, really bad shit. The dead guy with his face peeled of all skin as if with an Exacto knife, eyes staring like boiled eggs. A little girl dead in a dumpster, hands bound, half her weight for her age from being kept tied in a closet, barely fed, suppurating scars on her wrists from tight ropes. Yeah, I know. Mommy had a bad childhood. The guy who offed himself over a girlfriend in the bushes along the parkway by the Pentagon, in August heat, found a week later: black oozing liquids swarming with maggots. The children burned to death in an arson fire, the color of boiled ham, bellies exploded because internal liquids boiled.

You never forget things like that. The foregoing are not fiction. I saw all of them. Just another day at the office for a big-city cop. After your three months, oh Pathologically Virtuous Whiteâthree months of ambiguity, of guesses sometimes wrong, of seeing the misery and venality and unrepentant viciousnessâyou would come to the copâs routine conclusion that there are no answers and that the humans are a sorry lot. But you would know what you were talking aboutâand you would find it a novel experience.

(Republished from Fred on Everything by permission of author or representative)
← White Nationalists and Practicality: If...The Maya: Who Woulda Thunk It? →
Follow @FredRee05010728SubscribeUnsubscribe How Can We Blame This On White Gun Owners?: At High School Football Game in Alabama Between All-Black Schools, Black Gunman Shoots At Least 10 People
Paul Kersey
• 211 Comments • Reply
← White Nationalists and Practicality: If...The Maya: Who Woulda Thunk It? →
Hide 237 CommentsLeave a Comment
"Virtue and the Streets: A Dummyâs Guide to Police Work"
• 237 Comments
Commenters to Ignore
Commenters to ignore (one per line) 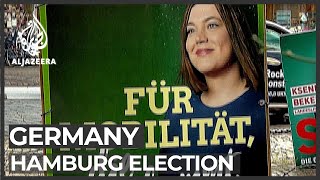