As you go through the city on Metro, from Rosslyn to New Carrollton, you come out from underground and begin to pass through suburbia. Here and there you see graffiti spray-painted on walls and abutments. There isn’t much of a pattern to it. Some of it suggests a degree of artistic talent.

Gangs in Washington are not the problem they are elsewhere, especially in the outlying counties. Whether the graffiti I see here and there are even the products of gangs isn’t clear to me. By way of a cautionary note: Graffiti can get out of hand, and become uncontrollable.

In Chicago, for example, where gangs are robust, gangbangers use graffiti to mark their territory and to challenge other gangs. Public walls are defaced, bridges scrawled on, garage doors of private homes downtown regularly painted up. There are symbols used to indicate particular gangs—the Vice Lords, the Latin Kings, the Black Gangster Disciples, and so on. It the symbol of one gang is a three-pointed crown with the points upward, rival gangs spray crowns with the points downward, an indication of disrespect. Daring members of one gang will go into the territory of another to paint their own signs, risking a beating or death if caught.

Sometimes graffiti are actually pretty in their luxuriant sprawl. The problem is that the effect is to allow the gangs to intimidate a neighborhood. The psychology is curious, and maybe I misunderstand it—but the effect is real.

Graffiti, when everywhere, subliminally tell the passerby, and residents of the neighborhood, that gangs own the neighborhood. Everywhere you look, the red-and-black or black-and-yellow swirls are there. They say to you that the police cannot control the gangs, that bangers can do as they will. When new artwork appears in the morning, you know that the gangs were there last night, next to your house, spraying. The message is that they, not you, not the police, control the city.

Chicago seems to recognize this. There have been strenuous efforts to cut back of graffiti, including an attempt to ban the sale of spray paint in the city. It doesn’t seem to have had much effect.

I once knew a guy who lived in a bad section and quickly found that the Latin Kings, I believe it was, wanted to tag his garage door. Every morning he found their symbols freshly painted. Every morning he sprayed over their artwork, leaving his door plain gray again. This went on for some time. Finally the gangs gave up. Good tagging takes time and talent. Apparently the artist wearied of seeing his production wasted.

It is the only way I know of to control the problem in the open city. Once decent people let it start, once they start thinking, ‘Next week,’ or ‘Let George fix it,’ the artists will go wild. In Washington the interest doesn’t seem to be there yet, and maybe never will be. Our gangs are anemic, and lack the sense of tribal identity. But should graffiti begin, the departments of public works would be well advised indeed to spray over it instantly, every morning, always. That way, it won’t take hold.

One thing Metro did right was to make it hard for criminals to operate in the system. Anyone who has lived in New York will appreciate this. I never see graffiti inside the turnstiles. This is important. Just as graffiti would tell the decent citizens that gangs control the system, so the lack of graffiti powerfully suggests that Metro belongs to the city, and doesn’t tolerate knuckleheads with cans of paint.

This also is why strict enforcement of Metro’s rules against eating and throwing trash are very important. If bangers are wannabes and just plain dirtballs find that they can scribble or smoke or play radios in defiance of the rules, they will have the psychological upper hand. It isn’t necessary to put eleven-year-old girls in handcuffs for chewing gum. But if you don’t maintain control in little things, you won’t maintain any control at all.

The graffiti principle holds in other things. It is easy to think that, with plenty of serious crime going on, worrying about little stuff is silly or a waste of resources. Not so. If you tolerate loitering outside the Seven-Eleven, and drinking in dark parks from paper bags, and the bum urinating on the sidewalk, the psychology changes. The lowlife come to be in charge, and they know it.

So, sez me, if tagging increases hereabouts, we ought to jump on it hard. 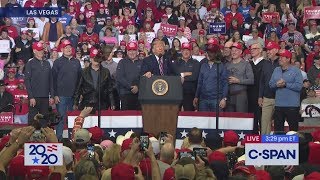