WASHINGTON â Four minutes into a video that was posted on Instagram last month, Justin Bieber leaned into the camera and adjusted the front of his black knit beanie. For some of his 130 million followers, it was a signal.

In the video, someone had posted a comment asking Mr. Bieber to touch his hat if he had been a victim of a child-trafficking ring known as PizzaGate. Thousands of comments were flooding in, and there was no evidence that Mr. Bieber had seen that message. But the pop starâs innocuous gesture set off a flurry of online activity, which highlighted the resurgence of one of social mediaâs early conspiracy theories.

Viewers quickly uploaded hundreds of videos online analyzing Mr. Bieberâs action. The videos were translated into Spanish, Portuguese and other languages, amassing millions of views. Fans then left thousands of comments on Mr. Bieberâs social media posts asking him if he was safe. Within days, searches for âJustin and PizzaGateâ soared on Google, and the hashtag #savebieber started trending.

Four years ago, ahead of the 2016 presidential election, the baseless notion that Hillary Clinton and Democratic elites were running a child sex-trafficking ring out of a Washington pizzeria spread across the internet, illustrating how a crackpot idea with no truth to it could blossom on social media â and how dangerous it could be. In December 2016, a vigilante gunman showed up at the restaurant with an assault rifle and opened fire into a closet.

In the years afterward, Facebook, Twitter and YouTube managed to largely suppress PizzaGate. But now, just months before the next presidential election, the conspiracy theory is making a comeback on these platforms â and on new ones such as TikTok â underlining the limits of their efforts to stamp out dangerous speech online and how little has changed despite rising public frustration.

This time, PizzaGate is being fueled by a younger generation that is active on TikTok, which was in its infancy four years ago, as well as on other social media platforms. The conspiracy group QAnon is also promoting PizzaGate in private Facebook groups and creating easy-to-share memes on it.

Driven by these new elements, the theory has morphed. PizzaGate no longer focuses on Mrs. Clinton and has taken on less of a political bent. Its new targets and victims are a broader assortment of powerful businesspeople, politicians and celebrities, including Mr. Bieber, Bill Gates, Ellen DeGeneres, Oprah Winfrey and Chrissy Teigen, who are lumped together as part of the global elite. For groups like QAnon, PizzaGate has become a convenient way to foment discontent.

The theory has also gone global. While it previously found traction mainly in the United States, videos and posts about it have racked up millions of views in Italy, Brazil and Turkey.

âPizzaGate never went away because it encompasses very potent forces,â including childrenâs safety and the power of elites, said Alice Marwick, a disinformation expert at the University of North Carolina at Chapel Hill. âBut now there is so much scaffolding from people who have researched it, it wasnât hard for others to pick up from there.â

PizzaGate is reaching a level that nearly exceeds its 2016 fever pitch, according to an analysis by The New York Times. TikTok posts with the #PizzaGate hashtag have been viewed more than 82 million times in recent months. Google searches for PizzaGate have skyrocketed.

In the first week of June, comments, likes and shares of PizzaGate also spiked to more than 800,000 on Facebook and nearly 600,000 on Instagram, according to data from CrowdTangle, a Facebook-owned tool for analyzing social interactions. That compares with 512,000 interactions on Facebook and 93,000 on Instagram during the first week of December 2016. From the start of 2017 through January this year, the average number of weekly PizzaGate mentions, likes and shares on Facebook and Instagram was under 20,000, according to The Timesâs analysis. 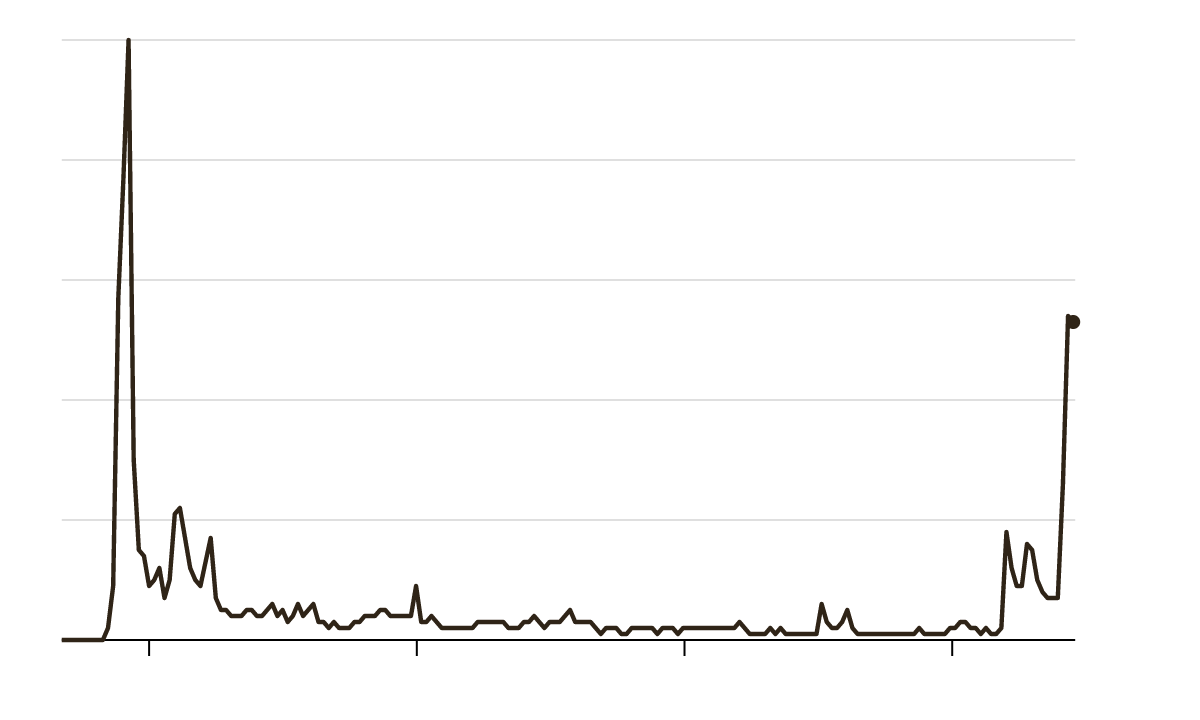 Murder of Mollie Tibbetts by Mexican Turns Into True Detective Trap House Child Kidnapping Mystery
Andrew Anglin
• 180 Comments • Reply
← We Are a New Board at Facebook. Hereâ...
Hide 35 CommentsLeave a Comment
"âPizzaGateâ Conspiracy Theory Thrives Anew in the TikTok Era"
• 35 Comments
Commenters to Ignore
Commenters to ignore (one per line)

← We Are a New Board at Facebook. Hereâ...
Current Commenter
says:
Current Date at Time Now
Leave a Reply - Comments on articles more than two weeks old will be judged much more strictly on quality and tone
Cancel Reply
Commenting Disabled While in Translation Mode