Social media has been ablaze with the names Donald Trump, Nick Fuentes, Milo, and Kanye âYeâ West for the past 24 hours.

The press has reported that the four men had dinner together at Mar-a-Lago earlier this week, which has attracted a degree of official condemnation for confirmed 2024 presidential contender Trump.

Trump, who was one of the GOP sideshow attractions shaking his behind at the recent Republican Jewish Coalition tryout (the real primary), claims he has no idea who Milo Yiannopolous and Fuentes are.

This is likely a lie. Fuentes is one of Trumpâs few remaining diehard supporters. The young man built a whole brand out of Trumpâs âAmerica Firstâ slogan, hosts Trump advisors like Roger Stone on his website, is verified on Truth Social, and was at the center of attention as a prominent organizer of âStop the Stealâ rallies following the presidentâs electoral defeat in 2020.

A more plausible explanation is that Trump, like his three dining guests, sees getting his name in the New York Times as a victory regardless of what itâs for.

The Jewish media has realized that they can deplatform and ignore right-wing social media performers into irrelevance, but while the threshold for Trump antics worthy of coverage has risen, they still canât resist getting trolled into talking about the Orange boogeyman when he takes a meeting with an unpersoned âanti-Semiteâ (Kanye West) and a âwhite nationalist Holocaust denierâ (Fuentes).

Supporting the âall publicity is good publicityâ theory is the fact that everyone within 100 miles of the encounter called up the media to femininely gossip with journalists about the private meeting as soon as it was over. The Daily Beast, Timcast, and Axios all have conflicting reports on what transpired, likely because itâs coming from different people with different agendas.

In truth, every one of these men is, in the long run, weakened by associating with one another.

For Trump, he feels he has no choice but to publicly disavow his most loyal and fervent supporters in hopes of placating his Jewish donors, even though they are all ditching him for Ron DeSantis anyway. At this point, Trumpâs lack of personal honor and refusal to defend his most faithful soldiers to satisfy people who hate him is catching up to him. Ultimately it will further debilitate his 2024 campaign, which most agree failed to launch 12 days ago.

Itâs counter-intuitive, but the closer to the outer limits of Trumpâs galaxy you go, the more aggressively Jewish it becomes. Loomer is one of the few candidates Fuentes has worked to get elected. This connection curiously did not hurt her with her neo-conservative Jewish billionaire base.

Some have begun speculating that Kanyeâs initially serious crusade against Jewish power could now be defanged and depoliticized through his newfound clique. The self-proclaimed âanti-Semiteâ Ye putting the proud paid Zionist operative Milo Yiannopolous in charge of his 2024 meme presidential campaign instead of working with comparatively more serious actors like the Nation of Islam or Pastor James Manning is a bizarre twist to be sure.

Is Ye 2024 a conspiracy to defuse a major problem for the Jewish community, or a Dadaist art project in hopes of rekindling 2015 âmeme magicâ?

Milo is an intelligent and saavy political operative, but his past attempts at bringing whimsical âalt-lightâ influencers and their terminally online issues into the political realm, such as Carl âSargon of Akkadâ Benjaminâs go at a European parliamentary seat for UKIP, have been flops.

Judging from recent history, Ye â24 could quickly be cannibalized by easily discouraged, personality-driven, drama hungry groypers. It will end in a predictable competition to throw one another under the bus once the money dries up and the FBI pressure begins. A collection of memes and fleeting âvibesâ that are not accompanied by a coherent political vision or rooted in an ideological worldview will end up a plant floating in the ocean.

Ultimately, the lesson the alt-light should learn is that the meme magic of 2015 and 2016 had nothing to do with the enchanting personality of âBaked Alaskaâ or the epic memes produced by âCat Turd.â

Contrasting âChadâ tech investor Blake Masters next to âsoyjackâ astronaut Mark Kelly doesnât make people look down on astronauts, nor does it make a candidate engaging in this type of infantilism resonate with anyone but the stupid of the stupids.

Meme magic is not going to make advocates of Catholic religious theocracy, Austrian school economics, 30-year-old men who identify as âgamers,â or not getting laid cool. Nor does it make up for the lack of evidence behind easily disproven fables spread in online echo chambers about COVID, the UN world depopulation agenda, the flat earth, or asserting with scant evidence that every election Republicans lose is stolen.

What Trump rode to the White House in 2016 was real and visceral white populism: opposition to globalization, confronting Wall Street, bringing the troops home, law and order, direct action against the âwokeâ cultural left, and to reverse the Great Replacement â the racial replacement of people of European descent through immigration.

It was his policies that won independents and non-voters in the rust belt, along with his blunt willingness to articulate observable truths about race and culture that most white Americans canât say out loud due to fear of reprisal but certainly feel.

Trumpâs internet supporters, many who were white nationalists and even hyperbolic âNazis,â succeeded because their efforts were amplifying an already popular insurgent platform. The online right was perfectly synchronized with the will of the people, with Trump as a mere vessel.

When God-Emperor Trump gave up and made his presidency a low IQ imitation of Ronald Reagan, he lost his crown.

MAGA digital samurais are seeking excitement and a payday in lieu of a movement. They are groyping in the dark, but until they stop conflating occasionally trending on Twitter for political influence, they will continue to wear out their welcome everywhere, even at Mar-a-Lago. 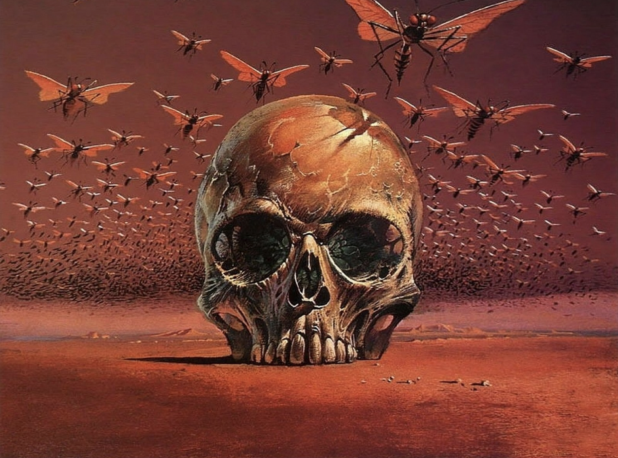