So far, national news outlets have refused to report on this instance of textbook police brutality because the victim is white and the perpetrator is black.

The attacker, 35-year-old Leon Davis, is being charged with assault and battery with a dangerous weapon.

According to local news outlets, Davis and another officer responded to a call to evict two guests who had overstayed at a motel last September.

Upon the police’s entry, a pregnant white woman was caught in between the door and the wall. As she cowers in the corner, Davis says “Wassup? You wanna play those games?” and starts to electrocute her without provocation. The woman has her hands up the entire time and begs him to stop because she is pregnant. Davis responds by tasering her again, for a total of four times.

This act of police violence is a damning indictment of the city of Springfield, one of the most “woke” cities in the country. Last June, Police Commissioner Cheryl Clapprood gave a speech in support of Black Lives Matter at a George Floyd memorial, promising to “fight for change.” Clapprood even mobilized multiple members of her detective squad to search for and criminally charge a man who “defaced” the city’s Black Lives Matter street mural in September.

It does not appear that the white officers who stayed back and watched their partner repeatedly assault the woman are facing any charges. 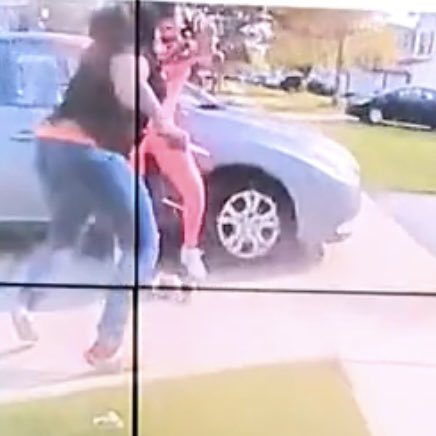