American Oligarchs” will be a recurring National Justice series highlighting 21st century robber barons and how they use their power over our country.

The goal is to spotlight America’s crisis of representative democracy and the corruption foisted upon our society by capitalist thugs and their agents.

It seems like we woke up one day to find that, out of nowhere, distinguishing between male and female has become illegal. In defiance of intuition, common sense and 3rd grade biology, a number of liberal plutocracies like Canada and the United Kingdom have legislated to force-feed their subjects the doctrine of transgenderism, which contrary to the idea that it is an individual choice, is always coupled with mandates that ordinary citizens acknowledge the delusions of wealthy narcissists and perverts.

In the United States, using the incorrect pronoun or expressing suspicion that transgender people are simply mentally ill incurs a massive personal cost. Such expressions can get one put on a Southern Poverty Law Center hit list, banned from the ability to use social media and banking services, and opens one up to harassment and violence from anarchist and radical liberal militias given vast leeway to operate by the police.

An army of phony scientists, shameless academics, politicians and activist legal fronts, armed with unfathomable amounts of money, have been successful in using every dirty trick to completely circumvent and upend legislative democracy. Christopher Caldwell’s recent book, “The Age of Entitlement,” outlines how elites have been able to use Civil Rights precedents – where laws are decided in courts rather than by elected representatives and referendum – to radically transform American society by overruling the US Constitution and the will of the people.

Civil Rights, what was originally promoted as a second “Reconstruction” that would only impact issues related to Jim Crow in the South, has become a parallel vein of political power, where laws and rules that impact society as a whole are no longer tethered to public opinion or consent, but instead decided by a small group of rich Jews and capitalists, sometimes in the same family and playing diverse roles on the pitch to make their grotesque and oppressive dystopia real.

The Pritzkers and Transgenderism

The Pritzker family, heirs to the Hyatt Hotel, today use their estimated \$29 billion dollar fortune to speculate on the stock market, dodge taxes, buy politicians, and rip people off with predatory banking schemes.

The Jewish clan has made capitalist-activism, where money wrung out of working class people is used to pay for the pet projects of the anti-social left, central to their plan to radically re-engineer America. The Hyatt Hotels have been specifically targeted in the past for their atrocious working conditions, while they have also raked in large illicit profits through Superior Bank, a usurious subprime lending racket that ripped off and ruined the lives of scores of poor people. The money-lending venture so abusive it compelled the government to force the Pritzkers to pay a \$460 million dollar settlement. In a functional system they would’ve gone to prison.

One member, the billionaire Jennifer Pritzker, is a male-to-female transgender who served in the US military.

According to research conducted by Jennifer Bilek, Jennifer’s money, along with other figures like fellow Jew and transsexual Martine Rothblatt, has put the wind in the sails of the transgender top-down revolution, granting it scientific and medical credibility through the power of their checkbooks, along with trained operatives who have helped institutionalize in the corporate world. The Pritzkers are heavily invested in the world of pharmaceuticals and science.

Through the Tawani Foundation, Jennifer has been able to corrupt and influence the direction of the ACLU, various military academies, medical institutions (including for children) and universities.

In recent years, Jennifer has donated millions to the University of Minnesota Medical Department’s Human Sexuality department, carved out a “Pritzker School of Medicine” at the University of Chicago, and a “Transgender Studies” chair, handpicked by Pritzker, at the University of Victoria in British Columbia, Canada. Other members of the Pritzker family donated \$25 million to University of California at San Francisco’s child health department, which under the auspices of two Jews, predictably advocates for confused or ill young children to be given irreversible transsexual surgeries.

This money guarantees, in the very best case scenario, a veto on science that questions the validity of transgenderism, but often times just incentivizes these universities to produce pseudo-science in favor of it. UMN has a whole clinic dedicated to advocating in favor of and entertaining transgender insanity, targeting kids in particular. The University of Chicago’s School of Medicine has been transformed into a laboratory for macabre “gender-reassignment” human experimentation, akin to Magnus Hirschfeld’s Weimar-era house of horrors.

The private grant system and for-profit universities have reduced science in the United States to the propaganda mills dedicated to affirming the ideological will of donors like the Pritzkers, as seen with Brown University’s inexplicable retraction and apology for a study that found transgenderism is nothing more than a socially constructed fad spreading via peer pressure. Brown later allowed for the study to be republished after rare but intense media scrutiny, but this case was symbolic of the pressure scientists are under to never question system dogmas set in advance by billionaires.

The ridiculous “controversy” over whether the military should allow transgenders is another product of Pritzker money. It is hard to believe that retired and current military men think it is important to include transsexuals in the armed forces, but 10s of millions of dollars can get many of these careerists “woke.”

In 2013, Jennifer Pritzker donated \$25 million to the prestigious University of Norwich and its military department, which is credited with creating the ROTC system. This was the largest donation the school has ever received in its 194 year history. A few years later, the University of Norwich’s student rules manual has a whole chapter dedicated to “accommodating” transgender recruits with special exceptions, putting the homo in globo-homo imperialism.

Agents trained in Pritzker funded school departments or who are selected for Pritzker scholarships include Jews like University of Chicago Medicine academic David T. Rubin who also served as an expert advisor at CVS Caremark, which acquired Target (famous for its transgender bathroom policy), and Loren S. Schecter, an influential “gender confirmation” surgeon.

The reason our national discourse takes on inane debates about whether women should get their own private bathrooms and lockerrooms in a country rife with real problems is because these are manifestations of consciousness streaming out of bags of money owned by the mentally disturbed.

While transgenderism is associated with the Democrats, Jennifer Pritzker is a life-long GOP donor, but the billionaire last year decried its “marginalization” at the hands of the Trump administration’s “rhetoric.” In its op-ed, Pritzker demands the GOP go back to focusing on low taxes for billionaires and defer to “experts” on issues like transgenderism – presumably the “experts” Jennifer personally funds to say what it thinks

The Pritzker family is intimately involved with the Democratic establishment, especially in their home city of Chicago where they enjoy close ties to the Israeli Rahm Emanuel and Barack Obama. Members of the family have chaired major campaigns, served as Secretary of Commerce, have been given control over the Chicago school system, directed Olympic games, and much more. J.B. Pritzker is currently the Governor of Illinois, and the chairman of the Illinois Holocaust Museum and Education Center.

This family was very influential in Washington during the Obama years, where the Pritzkers, through bundling and personal donations, were able to collect \$800 million dollars for Obama’s campaigns and inaugural funds.

Quid pro quo in the Obama years was rife, and the role of the Pritzkers in getting him elected was duly noted. Obama’s administration was important in using federal power to impose transgenderism in the public space, with pushes to integrate transsexuals into the military, creating “gender neutral” bathrooms in public schools and facilities, and increasing state funding to groups like the Tides Foundation, which in turn funds pro-transsexual activist groups. Penny Pritzker’s close relationship to Obama led to the government looking away as her and her family cheated the estate’s tax system, paying \$9 million on their inheritances rather than the \$150 million they should’ve owed.

Obama in 2013 appointed his handler Penny Pritzker, who ran his campaign’s finance wing in ’08 and chaired his campaign in ’12, to oversee his Department of Commerce, which allowed her to set the terms and priorities on new government initiatives like NIMBL, a program that allocates R&D grants for research on biopharmaceuticals.

Like Jennifer, Penny’s private “philanthropy” is obsessed with influencing what children are taught as well as the university system. Her Pritzker Traubert Family Foundation has funneled millions into Harvard’s Medical School, which has purchased her a spot as a member of the Harvard Corporation. Harvard is known for institutionalizing an extreme form of gender ideology that it submerges future elites in.

As for Penny’s brother, fellow billionaire and Governor J.B. Pritzker, he has turned the state Illinois into a free for all, often with a tranny bent.

He has signed executive orders and bills on immigration that ban local law enforcement from cooperating with ICE to deport criminal aliens, give wide swaths of Illinois’ illegal immigrant population amnesty, and developed a special incentive program for illegal and transgender students to receive public grants from the Monetary Award Program.

Governor Pritzker has also signed an executive order giving transgender and “non-binary” students special privileges in school, along with free access to an arsenal of lawyers that effectively controls the direction of sexual education and erases the First Amendment rights of fellow students.

The Pritzkers are only one, relatively small branch of America’s hereditary plutocracy. If you’re wondering why Presidential candidates like Elizabeth Warren or Great Wall Street Hope Pete Buttigieg have made the absurdity of transgenderism front and center in their campaigns, it’s because the Pritzkers are paying them to.

Universities, mass media, elections, law enforcement, medicine – all of these important institutions have been ruined by Jewish bankster money from people like the Pritzkers, who have almost fully replaced ethics and merit to indulge their fetishes and desire to control us. 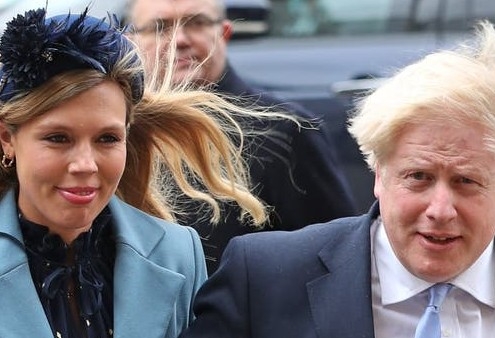 The Tyranny of Translunacy: How Higher Status in Leftism Decides Who Can Invade Whose Territory
Tobias Langdon
• 5 Comments • Reply