In the late 1980âs, an old friend of mine based in Moscow was calling her husband in the USA late one night. She said it was a âtypical dumb husband/wife call,â mostly about a broken garage door.

Around midnight, a gruff voice broke into the call. âThis is your KGB listener. This is the most boring, stupid call Iâve ever listened to. Shut up and go to bed!â

Chinaâs Taoists warned, âyou become what you hate.â They are right: the September 2001 attacks on the US, as John Le CarrÃ© wrote, producing a period of temporary psychosis. America was knocked back to the ugly days of Sen. McCarthyâs Red Scare of the 1950âs. The big difference was that today the bogeymen of âterroristsâ have replaced menacing Marxists. And today, terrorists were everywhere.

When I enlisted in the US Army during the Vietnam War, we were taught that it was our duty as American soldiers to report all war crimes and violations of the Geneva Convention, and to refuse to obey unlawful orders from superiors as established at post WWII Nuremburg trials At the time, I was proud to serve in Americaâs armed forces.

Today, the military trial of document leaker PFC Bradley Manning has echoes of the Soviet era: a show trial in which a lonely individual is slowly crushed by the wheels of so-called military justice, an oxymoron.

In my day, those seeking justice and freedom used to defect from the East Bloc to the United States and Britain. Now, ironically, we see a major defector, Ed Snowden, fleeing to Russia.

While the corporate-owned US news networks sugarcoat or obscure the NSA and Afghanistan War scandals, itâs left to Russian TV (RT) to tell Americans the facts. Who would have thought?

We journalists used to mock Pravda and Trud as party mouthpieces. Today, itâs the party line all the time from the big US networks, online news, and newspapers.

The Republican far right calls Snowden and Manning traitors; some demand the death penalty. Snowdenâs lawyers warn he faces torture and possibly execution if he returns home; Manning has already had a long term in solitary confinement, which is itself a form of psychological torture.

We recall the horrific case of a Chicago gang member Jose Padilla during 9/11 hysteria. In an order signed by President George W. Bush, Padilla was accused on the flimsiest grounds of being an enemy combatant and stripped of all legal rights. He was held for over three years in solitary, tortured, sleep and sensory deprived, and injected with psychotropic drugs. Padilla was broken physically and mentally, then sent to prison for 17 years.

Such a gruesome fate could await Manning and Snowden.

I donât know if PFC Manning took his charges of war crimes and other illegalities up the chain of command, the proper course for soldiers. He would, of course, have gotten nowhere â just look at the crimes committed at Iraqâs Abu Ghraib prison. Going out of the command structure insured that Manning would have faced serious charges. Releasing a sea of details about US foreign policy inevitably courted severe punishment.

But as far as we know, Manningâs revelations didnât harm America, it only embarrassed Washington by making it look bullying, two-faced and utterly cynical. Bureaucrats hate embarrassment much more than spying.

Snowden followed candidate Barack Obamaâs pre-election call on whistleblowers to reveal waste and wrongdoing. Americaâs intelligence agencies have clearly overstepped their bounds and likely violated the law. A majority of Americans donât buy the claim they were spied on to protect the nation from vague terrorist threats.

Snowdon and Manning were, in my view, patriotic Americans warning their nation that its ruling elite, obsessed with power and global hegemony, had veered way off course and were violating the US Constitution. However foolhardy, they acted with courage and honor. Flynn Just the StartâTrump Can Hit Back At the Ruling Class By Pardoning Stockman, Snowden, and Assange
James Kirkpatrick
• 108 Comments • Reply 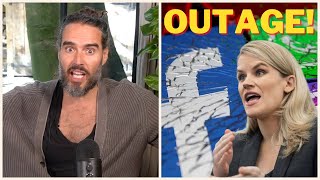 Haugen Isnât Really a âFacebook Whistleblowerâ â and Itâs Dangerous to Imagine She Is
Jonathan Cook
• 11 Comments • Reply
← Japan Must Face Up to ChinaKicking Sand in Russia's Face →
Hide 4 CommentsLeave a Comment
"Are We Becoming What We Once Hated?"
• 4 Comments
Commenters to Ignore
Commenters to ignore (one per line)

← Japan Must Face Up to ChinaKicking Sand in Russia's Face →
Current Commenter
says:
Current Date at Time Now
Leave a Reply - Comments on articles more than two weeks old will be judged much more strictly on quality and tone
Cancel Reply
Commenting Disabled While in Translation Mode

Afghanistan: the Victory That Wasn't
Far from being a model for a “liberated” Iraq, Afghanistan shows how the U.S. can get bogged down Soviet-style.
Eric Margolis
• 1 Comment • Reply
Translate?
URL Link
Current Events
Newslinks • 13 Today
Featured Articles

Social Immobility
We have to be resigned to living in a world where social outcomes are substantially determined at birth
James Thompson • June 28, 2022
• 2,900 Words • 84 Comments • Reply