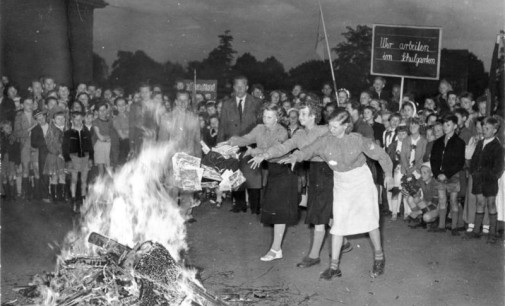 Heisenberg admired Americaâs technical and industrial ability, yet, âeven given their huge superiority in terms of scientists, technicians, and materials, America couldnât produce the bomb before the war with Germany had ended.â[90] The Germans, on the other hand, âdecided that the German armaments potential was insufficient anyway, and that the war would probably be over before the weapon could play a role in its outcome, so letâs not get involved in its production.â

On April 24, 1945, the American ALSOS-Mission reached Haigerloch in southwestern Wuertemberg, dismantled the reactor Heisenberg had built, and sent its parts to the United States. Heisenberg was held in Farm Hall in England until the beginning of 1946. It was at Farm Hall that Heisenberg heard in early August 1945 the news that the Americans had dropped an atomic bomb on Japan. He was shocked. His openness with the British and Americans had not been reciprocated. Samuel Goudsmit, the Dutch Jew in charge of the ALSOS mission which dismantled the German reactor Heisenberg had been working on, assured Heisenberg during his captivity at Farm Hall that the Americans were not working on the creation of an atomic Bomb. Heisenbergâs betrayal at the hand of a fellow physicistâindeed a Jewish physicist, for whom Heisenberg had risked his livelihood if not his lifeâleft him feeling bitter. âHow was I to know that Goudsmit was lying right to my face?â he asked his wife.[91]

With the allied victory, the world had been turned upside down, and the Heisenbergs were finding it difficult to get their bearings. Within a matter of days, what had once been illegal under the Nueremberg laws had now become the new norm. The Jews who had formerly been persecuted now became the new persecutors. They were like hungry animals that had suddenly been freed from their cages. Half-crazy because of their newly attained freedom, they were obsessed with the idea that anyone who had been persecuted by the Nazis had carte blanche to murder, rape, and rob, and that allowed them to impose a reign of terror on the German population of the occupied territories. The first task of the military government which wanted to restore law and order was preventing refugees from concentration camps from imposing the rule of the jungle on the Germans.[92] 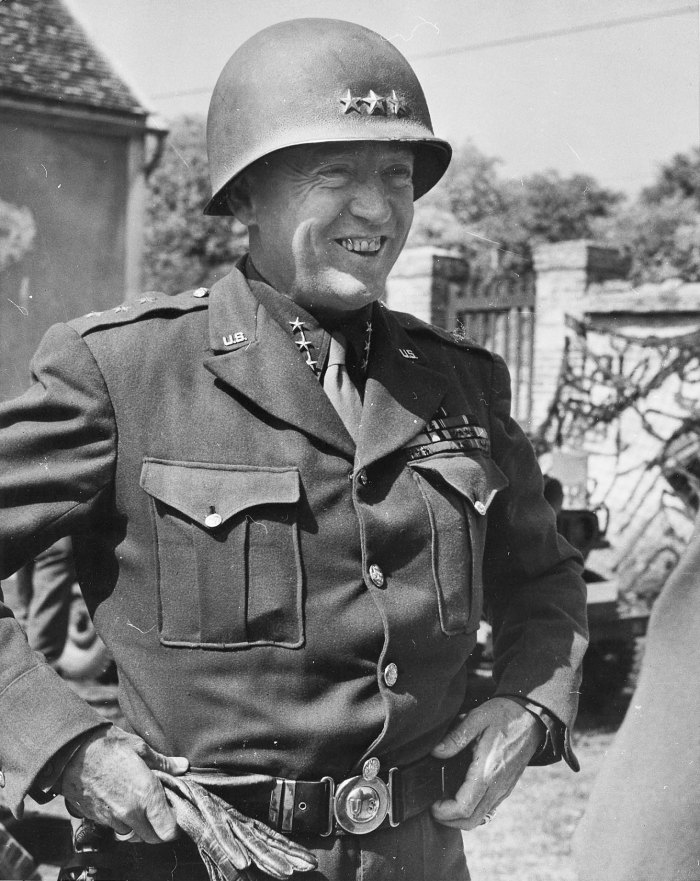 No one was safe from the reign of terror which flowed out of the newly opened concentration camps, not even war heroes like General George Patton, who became one of the Jewsâ major targets during the period immediately following the Allied victory in Europe, largely because of his sympathy for the defeated German population and his antipathy to communism. The Jewsâ first victory in occupied Germany was Pattonâs removal as commander of the Third Army.

In the summer of 1945 an article on the âBavarian Scandalâ and the âSchaefferâs Nazi regimeâ by Philipp Loewenfeld appeared in the liberal New Republic. Responding to the article, the psychological warfare department sent its spies under Arthur Kahn in Bavaria in motion. There the psychological warriors discovered that a clerical-conservative-reactionary regime under the protection of Cardinal Faulhaber had taken control of the government. When Kahnâs people demanded action, the army declared that the de-nazification period was over. At that point the publicity storm took over and it directed its wrath against General Patton, who was set up at a press conference when a reporter asked whether the membership of many Germans in the NDSAP wasnât comparable to Americans being Democrats or Republicans. When Patton answered yes, the Jews cried foul, and Eisenhower relieved him of his command of the Third Army.[93] In a memoir published after his death, Patton claimed âThe only point about which I was unable to talk both then and now, was my interest in restoring order in Germany and in preventing Germany from going Communist.â

On May 4, 1945, a small detachment of American troops led by an American Colonel Pash arrived at the Heisenbergsâ house in Urfeld. The wooded mountains surrounding the Walchensee were full of disorganized, disoriented, and defeated German troops, which Elizabeth now perceived as the enemy. The American soldiers who had arrived to take her husband prisoner, on the other hand, âlooked like liberators from a horrid nightmare.â[94] Elizabeth Heisenberg gave expression to a common sense of relief when she wrote that âthe American troops seemed to be saviors to us, for they brought the end of the horrible reign of terror and the war.â[95] Both Elizabeth and her husband failed to see that Germanyâs nightmare was far from over. In fact, it was just about to begin when the war ended. Plans had been laid years in advance.

The campaign against Germany had begun during World War I with the publication of books like John Deweyâs 1914 book German Philosophy and German Politics, which claimed that the German people had been conspiring against civilization for centuries.[96] Jews were avid participants in this campaign. In his 1941 book What to do with Germany, Louis Nizer claimed that âThe German people listen greedily to this martial music. It inflames their feelings. They are hypnotized by this madness and follow it with brutal boots. . . yes, there is a German conspiracy against world peace and against free people in every land on earth. It is a conspiracy which will not stop after defeat. It is deeply embedded in this people and remains intact in all dark times until the day comes.â[97] Franklin Roosevelt liked Nizerâs book so much he recommended it to his cabinet. General Eisenhower sent out 100,000 copies and made all the officers on his staff write essays on this book based on âthe assumption that Germans played a negative role in world history.â[98]

Nizerâs prescriptions were mild compared to those proposed by Theodore N. Kaufman, who urged the biological destruction of the German people. In his book Germany Must Perish, which was published before Americaâs entry into World War II, Theodore N. Kaufman called for the sterilization of all sexually mature Germans. Those sterilized Germans were then to be deported to neighboring countries, where they would speak the languages of those countries until they died. In a similar book which was published in Canada, the program was reduced to the formula, âNo Germany, therefore, no more Germans.â Harvard proposed another method of eradicating Germans. German men were to be divided up as slaves in various neighboring countries, and during their free time they would refresh the DNA of these countries by spreading their martial characteristics.[99] [â¦] Some Answers to the Mystery of the "Missing Jews"
The search for mass graves to support WWII extermination numbers is taking a surprising turn
Carolyn Yeager and Wilhelm Kriessmann
• 1,450 Comments • Reply
← Werner Heisenberg and Jewish Science: P...Werner Heisenberg and Jewish Science: P... →
Current Commenter
says:
Current Date at Time Now
Leave a Reply - Comments on articles more than two weeks old will be judged much more strictly on quality and tone
Cancel Reply