The big issue at Sisterâs shamba is the construction of the fish farm. The water is there during the rainy season. All that is necessary to produce fish is building three terraced retention ponds at the back of the property which slopes gradually and then abruptly into a ravine which is dry during most of the year. The technology is already there. The first step is the removal of the eucalyptus trees on the slope. The second step is the digging out of the terraces and the construction of the walls that will retain the water in the ponds. This can be done with the mud from the slope and the wood from the eucalyptus trees. In one of the houses we visited, the husband had just closed up a doorway, exposing the construction of the wall, which was made of woven branches which provided the latticework that supported the mud. He was letting the mud dry before he applied the final coat.

The same technique, covered with rubberized paper available from the fisheries ministry could be applied here. The big question is the mobilization of labor. Samuel, the man who constructed the wall, and Sisterâs brother Caroly need to collaborate. First cut down the trees, then build the terraces, then bring in the fish, then raise them, then market them. 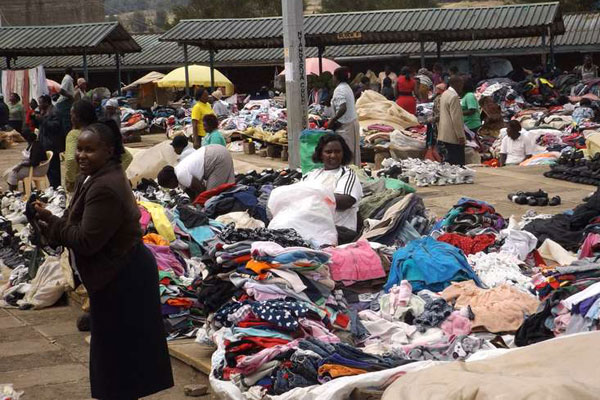 The fish farm can strengthen the subsistence economy of the shamba by providing a high value product that can be sold at local markets, but it cannot provide the transition from subsistence agriculture to an industrial wage economy. Only one thing can do that, and that is the manufacture of cloth.

In 14th century Italy, industry meant turning wool into cloth. Florentine cloth manufacture reached its zenith around the year 1350. Clothing was the first European industry, and it gave rise to the money economy as well as advances in keeping track of money and the organization of labor. The wool industry facilitated commerce as well, because the areas best suited for the production of wool were not necessarily the areas best suited for the manufacture of cloth. The best wool, the so-called Garbo wool, came from the Castilian tableland, where for centuries there was no cloth manufacturing. On the other hand:

the major centers of the medieval woolen industryâFlanders, Brabant, and northern France, certain towns of southern France, Lombardy, Venetia and Tuscanyâdid not derive their superiority from local flocks or pastures so much as from their trade, which enable them to import choice wools easily, even from a distance.38 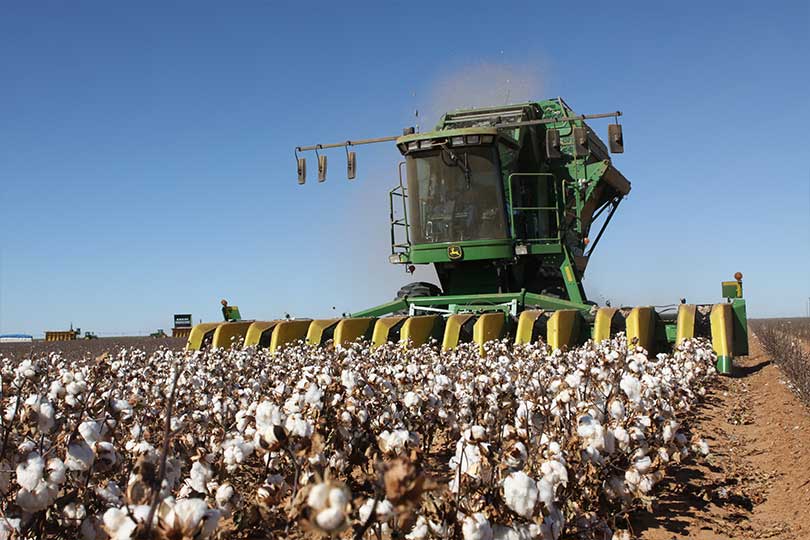 The wool industry, which was in place by the end of the 12th century, facilitated the division of labor, which increased productivity. According to Schulte,

No medieval industry dissolved into such a number of successive tasks, performed by different persons, as the preparation of woolen goods. . . . Gaul provided the greatest variety of colored cloths; and the people who were looking for novelty took a fancy to the many colors. Flanders, where everyone made his material according to his own taste and sense of color sent to Germany its green and dark blue cloths for clothing the nobility, which did not know how to make such colors. However, even here we were not completely at a loss. The Rhine area produced lightweight black cloths for monks and nuns, the Swabians produced red cloth where the color was not dyed in the wool; and along the Danube materials with natural colors that were weather repellant (loden) were produced , than which there is no better cloth in all of Germany. . . .[39]

Division of labor in the wool industry not only fostered commerce, the medieval cloth industry was the source of modern economic development. The manufacture of wool cloth enabled a gradual transition from the natural economy to the city economy because it did not require a large capital outlay. The same process that was necessary to produce cloth for home consumption could simply be extended, and the surplus could be offered for sale on the international market, which fostered the circulation of money. The fact that different regions of Europe produced different kinds wool and, therefore, woolen cloth that served different needs led to increased commerce. The cloth produced in one region was desirable in other regions because each type of wool had unique qualities. The wool industry also fostered commerce because:

A cloth merchant, in order to satisfy all of his customers, had to provide commodities coming from a vast variety of sources. And just as he himself got his woven goods from far away, his producers had to provide for sales at great distances.[40]

Commerce as of the 11th century meant traveling to fairs like the famous fair of Champagne with bags of money and/or bolts of cloth:

In the large-scale export of northern cloth to the south and south-east, either from the centres of production or through the fairs of Champagne, Italian merchants were the most active and enterprising agents; and it was mainly due to them that northern draperies . . . were able to reach the principal markets of the Mediterranean. From the 11th century onwards, a growing number of âLombardâ merchants frequented the markets of France and the Low Countries, and this they did for the primary purpose of buying cloth. Indeed, the whole class of greater merchants in Italy built up their business and economic power on the local sale and re-export of foreign textiles.[41]

The fairs allowed the small merchant to transcend the limitations of local markets, but they brought with them other difficulties, most of which had to do with the dangers associated with travel: âThe journey from Florence to Naples. . . bristled with difficulties and dangers. . . . The shortest route from Rome to Naples, the road through Terracina, had such an evil reputation that only troops and public officials dared to use it while all trade went round by sea.â[42] Couriers could travel by post horses from Venice to Bruges in seven or eight days,[43] but âIt took four months, on average, to transport a bale of cloth from Flanders to Florence.â[44]

This system was eventually superseded when the merchants began to work with agents and correspondents and eventually developed the letter of credit, a Florentine invention:

Manufacturing on this scale required unprecedented sophistication in the organization of both labor and finance. Increased commerce led to the need for increasingly sophisticated forms of payment and book-keeping. The new methods of trade developed by the Italian city states, âespecially the growing tendency to do business by correspondence,â[45]

Cloth revolutionized commerce during the latter part of the 13th century. The bill of exchange made it possible to transfer purchasing power from place to place without the shipping of actual coins. As a result, it became unnecessary for the merchants to convey their goods themselves and to travel in armed caravans. Goods could safely be entrusted to specialized common carriers on land as well as on sea. The development of maritime insurance made it possible to shift the sea risk to underwriters instead of dividing that risk by chartering space on several different ships.[46] [â¦]