As a thought experiment, try to imagine what might have happened if Paul had begun his speech before the Areopagus by saying, âIn the beginning there was Logos,â the sentence which begins the Gospel of St. John. Both John and Paul were involved in trying to make the birth, death, and resurrection of Jesus Christ comprehensible to the Greco-Roman world. In order to do that, both men had to explain not only what Jesus did but who he was. Paul prepared the way for the reception of Johnâs concept of the Logos into the world of Christian thought in his Epistle to the Hebrews when he described Christ as the âeternal High-priest after the order of Melchizedek.â A priest is by definition a human being. An âeternal High priestâ is something else, but exactly what is not clear. In order to make Christâs identity clear, John took the concept of âlogos,â which had been in existence for 500 years and reworked it in light of what he knew about Jesus Christ to provide the vocabulary which brought âone of the great cycles in human historyâ to a close1 and a new era into being based on an enhanced understanding of what went before. Paul criticized the vanity of the silversmiths and their apologists, but John took the gold and silver out of Greece. The word âlogosâ was in every sense of that notoriously polyvalent word the transition which did not abolish what went before but rather raised it to a new previously unattainable level. 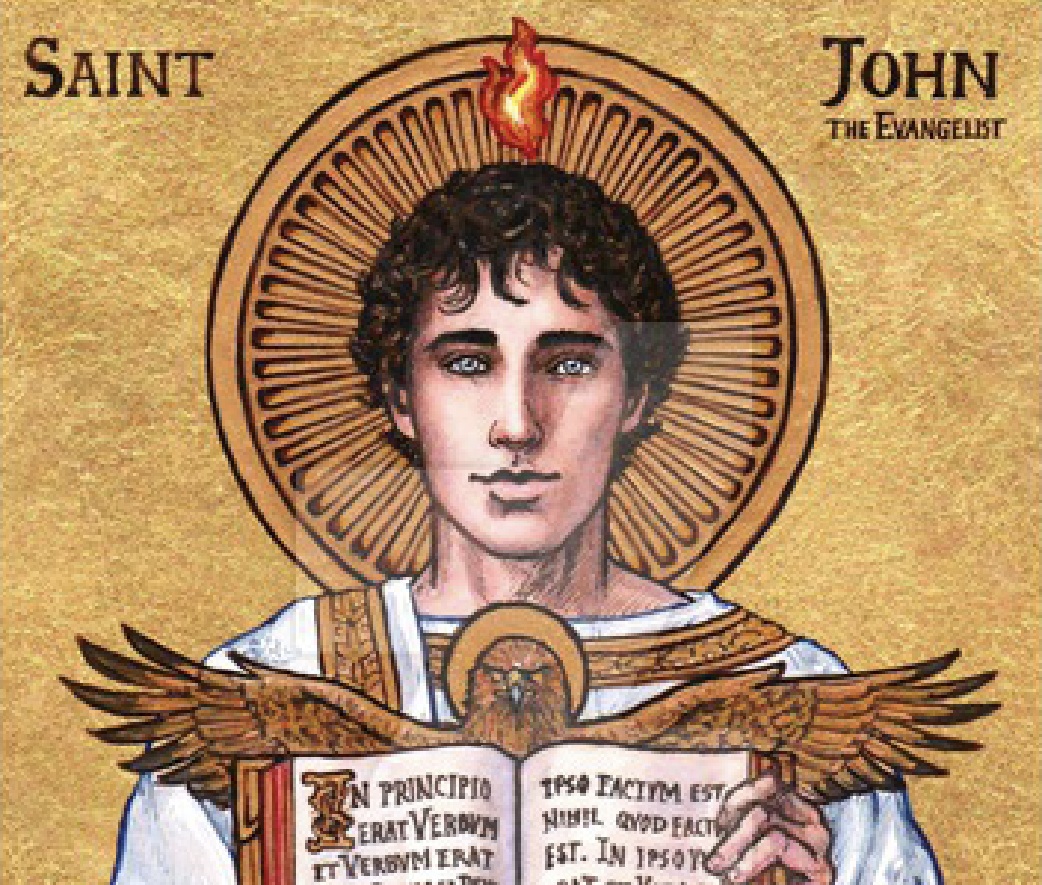 Who was Jesus Christ? In order to proclaim the gospel, the Evangelists had to introduce the man they called the Messiah to their readers and explain why he was different than any other man who had walked the face of the earth. Matthew gave a long Hebrew geneology; Luke wrote the infancy narrative, but John proposed a metaphysical explanation of His relationship to the beginning of the universe and, therefore, one that necessitated the use of the word âlogos.â

St. John provided a synthesis of the Hebrew and Greek traditions when he wrote âEn arche een ho logosâ: âIn the beginning,â echoes the first sentence of Genesis: âIn the beginning God created heaven and earth.â Instead of repeating what the author of Genesis has already said, John writes in effect a second Genesis by taking Hebrew cosmology and joining it to Greek metaphysics when he says, âIn the beginning there was logos.â The Fourth Gospel describes Christ as âthe agent of creation,â who:

is the Word who is God, equal to God, co-eternal with God. It is by Him that the whole of the created order was brought into being. This book then is a new Genesis, a new Creation. The same God who made the world by the agency of His Word, the Word which was truly God Himself, God in action, God as agent, now comes into the world He had created to make it afresh. The Fourth Gospel, therefore, is seen by its author to be a second Genesis, and is to be the account of a second creation. This second creation is to bring the created order back to God.[2]

In writing his gospel, John found himself face to face with a new problemâthe personality of Jesus Christ and His relation to God on the one hand and the finite world on the other. It was not enough to call him vaguely, âThe Messiahâ or the âSon of God,â or âsecond Adam.â His position in the cosmos required a more precise definition. The writings of the Stoics and Philo of Alexandria are were full of premonitions that a synthesis was possible, but the problem remained: âonce you assume the Infinite transcendence and unknowableness of God, as the Absolute, you cannot bridge over the great gulf fixed between God and the world by any hypothesis consistent with monotheism.â The only solution available to the classical world was âthe pantheistic monism of the Stoics,â which allowed a sort of âLogos ideaâ[3] but at the expense of a clear relationship between God and creation. According to that monism, God was the universe, and the universe was God. Both the Stoics and the neo-Platonists took steps in the direction of coherent world view, but neither was successful in reaching the goal. Logos was an essential part of âa law ordered worldâ which became âa remote praeparatio evangelicaâ because âthe conception of a law-ordered world . . . naturally leads to the conception of a Lawgiver and orderer.â[4] Plato played a crucial role in this development by providing in his Laws reasons âwhy we should admit the existence of Mind operative in the universeâ that foreshadowed âlater natural theologies.â[5] Platoâs pupil Aristotle took the idea of a cosmic nous and explained how this transcendent, immaterial thought would have to be of necessity the absolute Final Cause of the universe. When later thinkers placed the Platonic forms within the Mind of God: âa certain syncretism of Platonism and Aristotelianism took place,â bringing together âthe ultimate Efficient, Exemplary, and Final Causesâ into âa conception of reality . . . that made it easier than it might otherwise have been to accept Christianity from the intellectual standpoint.â[6] Stoicism contributed to that synthesis by providing âa noble ethicâ which joined the Unmoved Mover with its doctrine of the immanent Logos and its âprovidentialâ operation in the world.[7] When combined with the thought of Aristotle, Plato âpaved the way for the ultimate acceptance of the one Transcendent-Immanent God.â Because it was an historical religion, Christianity based all of these claims on historical fact and not myth. The Logos, John would claim in the Prologue to his Gospel, wasnât just a theoretical principle, although it was certainly that. The Logos âwas made flesh. He lived among us.â

The bulk of Johnâs Gospel is historical, but the Prologue to that gospel is ontological and metaphysical. If Paul based his ministry on proclaiming what Jesus did, John based his on explaining who Jesus was by providing a metaphysical prologue to his account of the life of Jesus Christ. Aquinas says that John âbegan his Gospel on a loftier plane thanâ the other Evangelists, who âannounced Christ the Son of God born in time,â whereas âJohn presents him existing from eternityâ when he wrote âIn the beginning was the Word.â Matthew, Mark, and Luke âshow him suddenly appearing among men,â but John claims that Jesus âalways existed with the fatherâ when he wrote âAnd the Word was with God.â Matthew, Mark, and Luke âshow him as a man. . . but John says that he is God: and the Word was God.â[8] In his commentary on the first two sentences of the prologue to Johnâs gospel, St. Thomas Aquinas claims the authorâs âprincipal objectâ is âto show the divinity of the Incarnate Word.â John does this first metaphysically in describing the Wordâs relation to the rest of the Trinity, and then historically, by describing the actions which the Word Incarnate performed on earth.[9] [â¦] White Guilt: Where Does It Originate & How to Fight It
Ilana Mercer
• 97 Comments • Reply