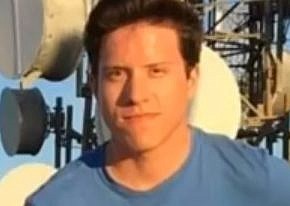 On Saturday, April 27, John Earnest, a 19-year-old nursing student, walked into a synagogue in Poway, California and opened fire, wounding two people and killing one. In an article in the Unz Review, white nationalist Greg Johnson tried to locate this shooting in a matrix of other similar shootings:

Earnest mentioned Tarrant and Bower in the manifesto he wrote and posted before he opened fire. In that manifesto, Earnest described himself as âa man of European Ancestryâ whose forebears were some of the first settlers in North America. His ancestor John Earnest was âone of the original colonists of Roanoke.â[2] His motherâs side of the family had been here just as long and was even more distinguished, drawing on:

âthe blood of very wealthy Yankeesâintelligent, resourceful, uncompromising. From my fatherâs side I inherited the blood of poor Southern farmersâintelligent, musically gifted, self-sufficient. A part of my ancestors lives within me in this very moment. They are the reason that I am who I am. Their acts of bravery, ingenuity, and righteousness live on through me. Truly, I am blessed by God for such a magnificent bloodline.â[3]

Earnestâs anger derived from the sense of disparity he felt between the status of his illustrious ancestors and his own inferior position as a teenager from what was now considered a despised minority, training for a position in a field traditionally reserved for women. The fact that he acted was proof that he needed to overcome the sense of inferiority that had been drummed into his head for his entire life:

âI am a testament to the fact that literally anyone can do this, and this terrifies the Jew. Iâm a 19 year old nursing student from the depths of Commiefornia for f***âs sake. I had my whole life ahead of me. If you told me even 6 months ago that I would do this I would have been surprised. Meme Robert Bowers back and keep up the memes of Brenton Tarrant. Tarrant was a catalyst for me personally. He showed me that it could be done. And that it needed to be done.â[4]

After examining Earnestâs manifesto and comparing it with the other shootings already mentioned, Johnson found a common denominator in racial anxiety. John Earnest was âa white man who is alarmed at white ethnic displacement.â Filled with despair at his inability to change what seemed like a hopeless situation, he âgoes to a place of worship used by non-whites and starts shooting.â[5]

Earnest had already gotten away with an arson attack on a mosque:

âI scorched a mosque in Escondido with gasoline a week after Brenton Tarrantâs sacrifice and they never found sh** on me (I didnât realize sandn****rs were sleeping inside thoughâthey woke up and put out the fire pretty much immediately after I drove away which was unfortunate. Also they didnât report the message I spray-painted on the parking lot. I wrote âFor Brenton Tarrantt. /pol/â). It is so easy to log on to Minecraft and get away with burning a synagogue (or mosque) to the ground if youâre smart about it. You can even shoot up a mosque, synagogue, immigration center, traitorous politicians, wealthy Jews in gated communities, Jewish-owned company buildings, etc. and get away with it as well.â

Earnestâs sense of âwhite ethnic displacementâ came from the feeling that he was surrounded by aliens who were not only displacing him, they were also robbing him of his identity. Earnest reasserted that identity by telling us not so much who he was as who he was not:

âIâm not wearing the sandn****r equivalent of a durag, my skin isnât the color of sh**, you canât smell me from across the room, it is socially unacceptable for me to marry my cousins, I do not shout âDurka durka mohammed jihad,â and it doesnât look like a sadist attempted to play tug-of-war with my nose.â

But even if he feels displaced by Muslims and Mexicans, he does not hold them responsible for his plight. In fact âspics and n****rsâ are nothing more than âuseful puppets.â In his mind, the real villain in this drama is the Jews. Earnestâs action is proof that âany white man,â even a 19 year old studying to be a nurse, âcan take any action he wants against the tyrannical and genocidal Jew. Every single White man has everything to lose by doing nothing, and everything to gain by taking action.â The âEuropean race is doomedâ because the Jews are adept at recruiting proxy warriors who âarenât intelligent enough to realize that the Jew is using themâ for the purpose of replacing whites. What follows is Earnestâs assessment of the role which the Jews have played in the cultural decline in the United States:

âEvery Jew is responsible for the meticulously planned genocide of the European race. They act as a unit, and every Jew plays his part to enslave the other races around himâwhether consciously or subconsciously. Their crimes are endless. For lying and deceiving the public through their exorbitant role in news media; for using usury and banks to enslave nations in debt and control all finances for the purpose of funding evil; for their role in starting wars on a foundation of lies which have costed [sic] millions of lives throughout history; for their role in cultural Marxism and communism; for pushing degenerate propaganda in the form of entertainment; for their role in feminism which has enslaved women in sin; for causing many to fall into sin with their role in peddling pornography; for their role in voting for and funding politicians and organizations who use mass immigration to displace the European race; for their large role in every slave trade for the past two-thousand years; for promoting race mixing; for their cruel and bloody history of genocidal behavior; for their persecution of Christians of old (including the prophets of ancient IsraelâJeremiah, Isaiah, etc.), members of the early church (Stephenâwhose death at the hands of the Jews was both heart-wrenching and rage-inducing), Christians of modern-day Syria and Palestine, and Christians in White nations; for their degenerate and abominable practices of sexual perversion and blood libel (you are not forgotten Simon of Trent, the horror that you and countless children have endured at the hands of the Jews will never be forgiven); for not speaking about these crimes; for not attempting to stop the members of their race from committing them. And finally, for their role in the murder of the Son of Manâthat is the Christ. Every Jew young and old has contributed to these. For these crimes they deserve nothing but hell.[6]â Jews in the Cathedral: A Response to Curtis Yarvin
Andrew Joyce
• 147 Comments • Reply

American Pravda: the ADL in American Society
Ron Unz
• 747 Comments • Reply
← Hesburgh: the MovieThe Only Way Out of Poverty in Africa: ... →
Current Commenter
says:
Current Date at Time Now
Leave a Reply - Comments on articles more than two weeks old will be judged much more strictly on quality and tone
Cancel Reply