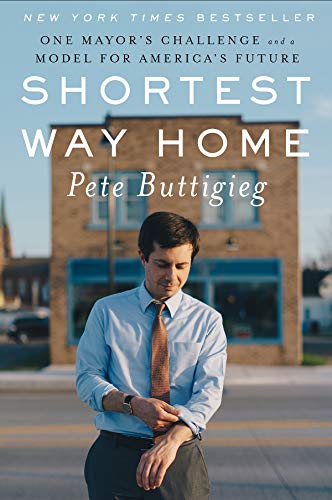 âWhat would my next-door neighbors think of all this?â[1]

Reading The Shortest Way Home, I found myself searching for literary models that might have influenced the author, who is also mayor of South Bend, Indiana, where I happen to live. The connections between me and the mayor of South Bend are actually closer than just living in the same city at the same time. The author grew up three houses down from where I have lived for the past 40 years and spent his entire life up to his 18th year in close proximity to me and, more importantly, to my five children. He is ten years younger than my oldest child, with whom he shares a remarkably similar educational trajectory. Both he and my son attended St. Josephâs High School, roughly half a mile north of where we live. Both trod the same path to high school every day. Both ended up first in their respective classes, becoming valedictorians, which entitled them to speak at their respective graduations. And both then went on to attend Harvard University.

At that point their paths diverged, Adam ended up at the Ford Motor Company, one of the last bastions of the Midwest industrial powerhouse that had been destroyed by the time Mayor Pete came into this world. Both Adam and Mayor Pete grew up in a city where the hulks of the former Studebaker plant loomed large, both physically and symbolically. Anyone who travelled south through town saw them as a reminder of what was and what might have been. Adam drew one lesson from the abandoned factories, choosing a job in manufacturing and not in finance, having learned his lesson by working on Wall Street immediately after graduation from Harvard. Mayor Pete drew another. In his political autobiography, Mayor Pete is quick to draw lessons from âthat pivotal December dayâ[2] in 1963 when the Studebaker plant shut down and the âslow decline that followedâ soon spread to other industrial cities in the Midwest. Since the 1960s, South Bend has lost 30,000 people and per capita income sank to $18,805 or half the national average by 2010.[3] The lesson Buttigieg drew from the bare, ruined factories that haunted his youth is that South Bend failed to innovate. Like the South Bend watch company which kept on producing pocket watches when the world had switched to wearing time pieces on the wrist, South Bendâs failure to get with the times was âfatal.â[4] Always the educator, Mayor Pete explains what happened in terms that even Hoosiers can understand: âThe easy lesson to draw from this is that you must innovate to survive.â[5] If Studebaker had only managed to do this,â the mayor opines, âI might have grown up in a different South Bend.â[6] 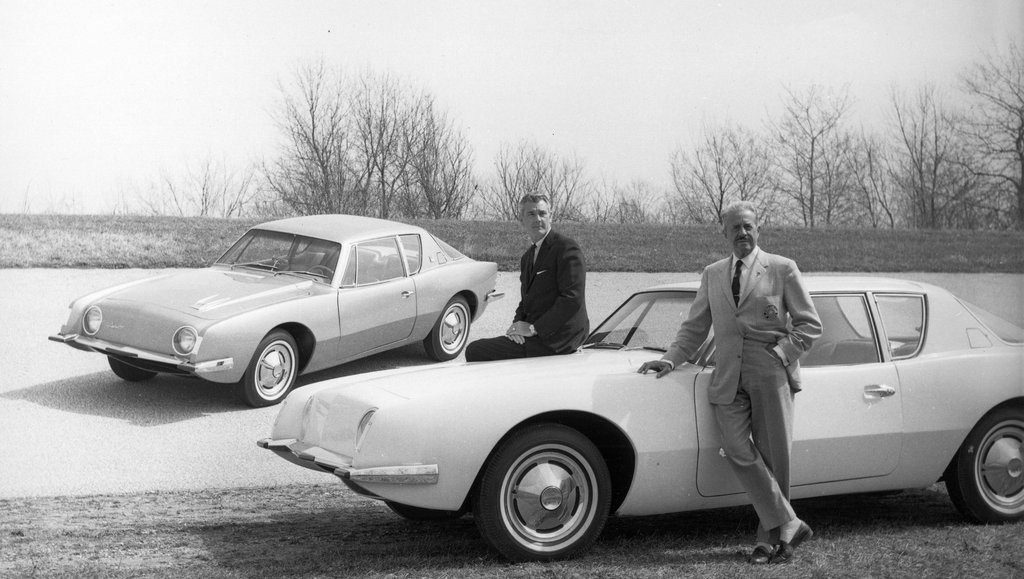 As with virtually every other claim in this book, the facts stubbornly resist the paradigm Mayor Pete brings to bear to interpret them. Studebaker did innovate. The Avanti came out just one year before âthat pivotal December dayâ[7] and two years before the Mustang, and it could have been even more popular because it was a better car. It looked better, and it didnât explode when it got rear-ended. Studebakers look oddly extravagant today, but thatâs because styles in automotive design have changed, not because they werenât innovative. In fact, during its day, the Studebaker was the most innovative and distinctive looking car on the market. Both the Avanti and the Studebaker Champion were designed by Raymond Loewy, who was the greatest modernist in industrial design in America. Just one look at the steam locomotive he designed for the Pennsylvania railroad or their iconic GG1 electric locomotive and you know that Studebaker occupied the cutting edge of modernist automotive design. Why Studebaker went belly up has remained a mystery to this day. While rowing down the Danube in 2001, I met a retired Mercedes executive who told me after I told him I lived in South Bend, that he had been there in 1963 to buy up Studebakerâs factory machinery. Would Mercedes buy up obsolete factory machinery? Probably not. Why then did Studebaker fail? Well, maybe it was âthe dynamics of globalization, the distribution of wealth, and the consequences of technology.â[8] Pete believes in the laws of physics, which is one of the main pillars of the Whig history which gets taught at Harvard and Oxford, where he was a Rhodes scholar: âLike laws of physics,â he tells us, âthese forces were animating our affairs all alongâwhich should have been no surprise to people from a place like South Bend, a city wrestling such forces long before economists and newspapers gave us terms like âglobalizationâ and âRust Belt.ââ[9]

Whatever. One thing is certain: there was no lack of innovation at Studebaker. Something else destroyed it. The same German who bought up factory equipment for Mercedes during the liquidation sale at Studebaker in 1963 claimed Studebaker lacked economies of scale. Locals claim that collusion among Americaâs big three automakers led to Studebakerâs demise. As some indication this might be true, the head Studebaker ended up working for the Ford Foundation. But none of this is considered relevant to Buttigiegâs book, which tells a story whose meaning has already been established a priori from the categories which get imposed upon it.

Mayor Pete attended South Bendâs elite private grade school, which he does not mention. He does mention attending St. Joseph High School, which is Catholic and has a more proletarian reputation, but only to let us know that he was a victim of discrimination because he lived âin the city,â a claim which is calculated to endear him to the maligned and disaffected ethnics who were too stupid or too poor to leave for the suburbs:

Later we moved to a brick house on Marquette Avenue, down the hill from St. Joseph High and therefore a convenient place for me to have friends over after school. It came back to me later that some parents hesitated to let their children come to our house, because it was âin the city.â (If there was a racial layer to that phrase, I was too young to catch it.) In fact it was a perfectly safe neighborhood, full of kids and dogs, with families who went back for decades keeping an eye out for each other.[10] 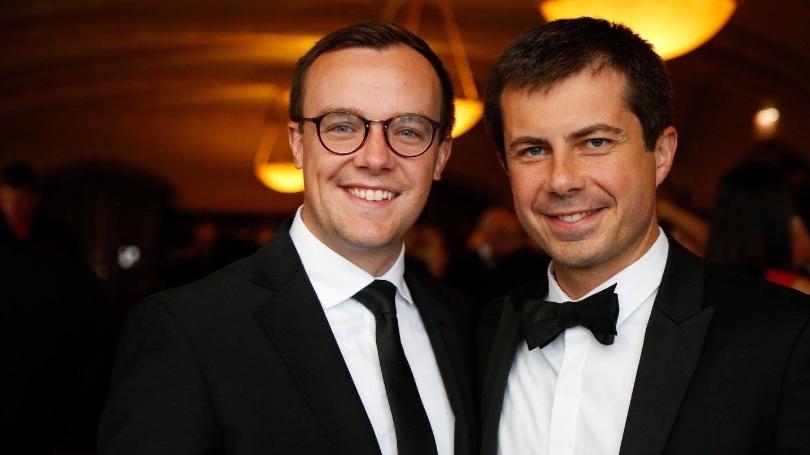 So the mayor makes it clear that he was a victim of racial discrimination, perhaps as a way of diverting our attention from the fact that the grade school he attended is the local bastion of white privilege.

I forgot to mention that the career trajectories of my son and the mayor overlapped in a dramatic way even after Peteâs arrival at Harvard. Buttigiegâs dorm made a big impression on the man who would later become mayor of South Bend. The âbig green door of our Holworthy Hall entryway,â[11] he wrote, was like a portal opening on to American history, allowing him to âlook into the faint fog of history that blankets Harvard Yard, knowing which dorms had housed which U.S. presidents, from Adams (Massachusetts Hall) to Kennedy (Weld). Subtle cues everywhere linked history with expectation.â Mayor Pete was surprised to learn that Ulysses S. Grant lived not just in Holworthy Hall but in his very room. What he failed to mention was that Adam Jones, who grew up three houses down from him in South Bend also lived in Holworthy Hall. The fact that Mayor Pete fails to mention this strikes me as odd because the whole point of his book is an attempt to bring the two poles of his life, symbolized by South Bend and Harvard, into some sort of psychic alignment. Since Adam Jones had done this ten years before Mayor Pete, you would think that the mayor might have been interested in meeting my son. But it never happened because his family simply did not associate with mine because the ideology of political correctness had already infected the South Bend neighborhood Mayor Pete describes as quaint.

In what must have been one of his years at Harvard, Adam and I were walking down North Shore, past the house where Mayor Pete now lives, when I recognized a college classmate approaching from the opposite direction. Paul Bove had gone on to succeed as a professor of the English literature we had both studied as undergraduates at St. Josephâs College in Philadelphia. I had taken a different path, but the short conversation which ensued our chance meeting motivated both of us to catch up on old times. Paul then told me that he was staying with Joe Buttigieg, an English professor at Notre Dame and the father of the mayor, but would stop down to my house in a few minutes. When the minutes stretched into over an hour, I gave him a call, at which point it became apparent that he was not coming over becauseâin so many wordsâJoe didnât want him to. If this is how Buttigieg pere warned a colleague away from the ritual impurity that comes from association with the unclean, we can only imagine the lessons he taught his own flesh and blood.

Like Henry Adams, whose Education could have served as a model for The Shortest Way Home. Buttigieg claims that âif Harvard College gave nothing else, it gave calm.â[12] Henry Adams was the scion of John Adams, one of Americaâs founding fathers, but by the time he came of age the grammar of the American Republic had been replaced by two irreconcilable symbols: the dynamo and the virgin. As an aspiring politician, Buttigieg was confronted with a dilemma of his own, one with roots that go all the way back to the founding of the Republic. America has always claimed to be a democracy, but from the countryâs inception, the will of the people has been viewed with suspicion by the oligarchs, then known as Federalists, who ruled the country through the manipulation of finance. The people wanted paper money; the creditors wanted to be made whole in gold. John Marshall, Americaâs first Supreme Court justice, understood the conflict, and in his writings used terms like âthe American peopleâ every time he referred to oligarchic interests.

Ever since that day, success in politics has meant that people who aspired to public office had to give the illusion of democracy while delivering the reality of oligarchic rule. Since Mayor Pete is clearly the smartest guy in Indiana, it is equally clear that he figured this out. His destiny was to square the circle, uniting South Bend and Harvard, the particular and the universal, in a plan that would propel himâno, I am not making this upâdirectly from middle sized city in the provinces to the White House, without making any stops along the way. [â¦]

The Wickedness of Whiteness
Leftist Minority-Worship Preaches the Innate Evil of Whites
Tobias Langdon
• 114 Comments • Reply
← Werner Heisenberg and Jewish Science: P...The Only Way Out of Poverty in Africa: ... →
Current Commenter
says:
Current Date at Time Now
Leave a Reply - Comments on articles more than two weeks old will be judged much more strictly on quality and tone
Cancel Reply
Commenting Disabled While in Translation Mode