There are stories that are unrelated to the news, but can explain much better than many combat reports, why people like me are fighting against the Empire and imperialism, with such determination and vehemence. Not all stories are âbigâ or âheroicâ; not all include famous people or iconic struggles. Not all take place on battlefields.

But they âhumanizeâ the struggle.

Once in a while, I like to share such stories with my readers. As I will do right now.

Because without them, frankly, nothing really makes sense.

It was a hot, humid night in Jakarta; a megapolis with the worst pollution on earth, and with some of the most monstrous contrasts on our planet. A literally sinking city, constructed against the people; fragmented, serving only the few hundred thousand extremely rich (most of them accumulating wealth through corruption and theft), while condemning millions of struggling individuals to a slow death.

For the ruthless Indonesian elites and their Western handlers, the poor of Jakarta (the great majority of city dwellers) simply do not exist. They live in crammed slums, called kampungs â literally translated as villages. Kampungs fill huge spaces between the skyscrapers, malls, and mostly empty five-star hotels. Individuals living there consume very little, and therefore matter close to nothing. Even their number is underplayed in the official statistics.

One night, my small film crew and I were driving though the Klender neighborhood in East Jakarta; a poor, religious and monotonous part of the city.

Re-editing my big film about Indonesia after the US-sponsored military coup of 1965, an event which I often describe as an âIntellectual Hiroshimaâ, I had to again spend a few days in Jakarta, collecting latest footage, filming contrasts between the people and feudal elites.

We were all tired. Traffic jams have brought the city to an almost permanent gridlock. The pollution is unbearable. Life has come to a standstill. As planned by the regime, no one seemed to be thinking. Nothing seemed to be working.

We were driving past Klender train station a few minutes after midnight.

There were two young women standing by the side of the road. One of them caught my eye. She was clearly a prostitute, or a âsex-workerâ, as they would call her in the West. But in reality, no, she was not a âworkerâ; not her. Just an abused, tired women.

I liked her face. Hers was an honest, good face. And after all that nonsense I heard during the day, after all that âfeel goodâ crap, I needed to hear something real, honest.

âStop!â I shouted at my driver. He stepped on the brakes, then backed up a few meters.

She did not find my request strange. She nodded. After years of moving all around the world, while documenting the state of our humanity, I have developed certain instincts. I can tell from the faces of people, whether they have a story to tell; and whether they have the desire to speak. She did, both.

We emptied the front seat for her, next to the driver. She got in. Jakarta is a dangerous city, especially for women. But she did not seem to be frightened. She trusted me, as I trusted her.

âMy name is Andre,â I said. âI am a filmmaker, and this is my teamâ.

âMy name is Risna,â she answered and smiled.

âI want to hear your story,â I said.

âDo you mind if I film?â

âGo ahead. I donât mind.â

I put my GH5 over my knee, turned on the little light on the ceiling of the car, and pressed the âRecordâ button.

Just like that. No coaching, no preparation. And then it happened. She spoke. Clearly. Bitterly. Honestly.

âIt was four of us,â she began, softly:

âFour children. Little ones. Two boys and two girls. Our father, a pious religious man, used to use all of us. He had sex with us, with males and females. By then our mother was gone. He wanted to get married for the second time. To a young woman. But he had no money. And so, he began pimping all of us, for cash, so he could save enough, to start his new family. All four of usâ¦ you know; we all failed in life. At seven, I often slept on the streets. My siblings are all dysfunctional. I got married, had children, but my husband left me. Iâm thirty years old now. I do this to support my children, and my brothers and sister.â

I was frozen in my seat.

âAnd now?â I could not think about anything else to ask.

âNow I am speaking to you.â

I stopped the car in the middle of the night. I wanted to hear a story of a woman who was working by the side of the road. And that is precisely what I got: she described to me, briefly, her life.

She did it in a simple, touchingly naÃ¯ve, pure way. There was nothing unnatural in her voice.

She spoke for herself, and for millions of Indonesian women like her, too.

I cared about her, but did not know how to express it, what to say.

We spoke for a bit, about the terrible fate of women in Indonesia. About the hypocrisy of this society. But it was well after midnight, and she had to earn her living. I had to let her go.

âYou will be in my film, together with your former President Gus Dur, and the greatest writer, Pramoedya Ananta Toer.â

She nodded, in a matter of fact way.

âWhat do you dream about?â

And thatâs when her eyes filled with tears:

âI want to raise my children as a good mother; from honest work.â

I looked at the monitor of my camera. 8 minutes and few seconds had passed since I began recording. One human life, in a summary. One complex, broken human life. I bowed to her. Shook her hand. Thanked her.

She looked at me, deep into my eyes. Then she nodded.

At night, I couldnât sleep.

I knew all about what she was talking about. My friend who works for the UNDP once explained to me, that Indonesia has one of the highest child abandonment rates in the world. And also, one of the highest amounts of sexual child abuse cases, particularly inside families; committed by family members. All these topics are taboo, and no âofficialâ study can be produced, as most women are only willing to speak âoff the recordâ.

In Indonesia, after 1965, everything collapsed; was destroyed. But this downfall, and almost nothing related to it, can be discussed openly. Here, the fear of truth is omnipresent, and I will soon address this shocking issue in one of my upcoming essays.

In 1979, when the pro-US Somozaâs regime collapsed and the Sandinistas took over the devastated Nicaragua, my friend, an American poet and translator, happened to be in Managua.

He was very young and confused.

He understood, theoretically, the greatness of the revolution. But he was still lacking examples.

Then, one afternoon, he saw a bus. A beat-up public bus, slowly moving towards the center of the city, while sun was setting down, behind the hills.

He told me the story, a long time ago, in New York, as I was ready to depart for Peru, to cover the so-called Dirty War:

âIt was the end of the week. The bus was full of girls; young women from slums. Some were barefoot. But they were dressed in their best. They were travelling to the center of the capital, to dance!â

The voice of my friend broke. He was overwhelmed by his memories.

âDo you understand? Before, they only went to the rich parts of the city in order to serve, to be humiliated, used; to labor for the rich. Now, they were going to those clubs that only a week ago were frequented exclusively by âgringosâ and local elites. They were going to dance. It was their country, suddenly. It was their city. They were free. The country belonged to them.â

âThis is when I understood,â he concluded, âthat the revolution was right. Not because I studied Marxism, not because of some theory. But because these girls from the poor neighborhoods of Managua had suddenly gained the right to dance. They gained their right to exist; to be alive!â

In Cuba, they say: âEveryone dances, or no one dances!â

Whenever countries collapse, whenever they are destroyed by savage capitalism, by religious extremism, or by subservience to imperialist powers, women suffer the most. It is almost the rule.

Most of them suffer in silence, as even their voices are being muted.

The more oppressive, regressive society gets, the more subjugated are its women.

Their humiliation, repression, suffering gets glorified as virtue. While rape, molestation, and submission are hushed up, never discussed. In countries such as Indonesia, if a woman protests and speaks about her fate, she gets ridiculed, discredited, or even thrown into prison, as has happened recently, on several well-publicized occasions.

Western hypocrisy is obvious: while everyone there is obsessed with âpolitical correctnessâ, London, Washington and Paris are glorifying, supporting and even producing regimes which treat women worse than animals.

Risna deserves to be in one of those proverbial buses which are taking women to the once exclusive clubs, so they can dance. In a rough translation of the metaphor: âso they could become the owners of their own fate, of their cities, and their countryâ.

Women like her are the women we are fighting for.

Their stories are our stories. Be they in Managua, Jakarta, Kampala, or Mumbai.

They are as significant as those stories from the war zones near Syrian Idlib, or Afghanistan, or Libya.

Not to tell such stories would convert us, revolutionary writers, into liars.

← What I Am Fighting for?China's BRI Could Save Destroyed Southe... →
Follow @AndreVltchek The Roots of American Demonization of Shiâa Islam
Pepe Escobar
• 200 Comments • Reply
← What I Am Fighting for?China's BRI Could Save Destroyed Southe... →
Hide 19 CommentsLeave a Comment
"Women We Are Fighting for"
• 19 Comments
Commenters to Ignore
Commenters to ignore (one per line)

← What I Am Fighting for?China's BRI Could Save Destroyed Southe... →
Current Commenter
says:
Current Date at Time Now
Leave a Reply - Comments on articles more than two weeks old will be judged much more strictly on quality and tone
Cancel Reply 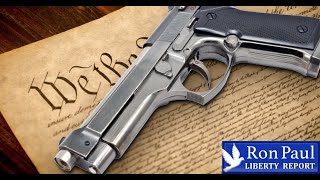