After my work in the Middle East had finished, at least for the time being, I was waiting for my flight to Santiago de Chile. In Paris. I could count on a few âfreeâ days, processing what I had heard and witnessed in Beirut. Day after day, for long hours, I sat in a lounge, typing and typing; reflecting and typing.

As I was working, above me, France 24 television news channel was on, beaming from a flat screen.

The people around me were coming and going: West African elites on their wild shopping sprees, shouting unceremoniously into their mobile phones. Koreans and Japanese doing Paris. Rude German and North American beefy types, discussing business, laughing vulgarly, disregarding âlower beingsâ, in fact everyone in their immediate radius.

No matter what was happening in my hotel, France 24 was on, and on, and on. Yes, precisely; for 24 hours, recycling for days and nights the same stories, once in a while updating news, with a slightly arrogant air of superiority. Here, France was judging the world; teaching Asia, the Middle East, Africa and Latin America, about themselves.

In front of my eyes, above me, on that screen, the world was changing. For many months I had been covering the nightmarish riots of the treasonous violent ninjas in Hong Kong. I was all over the Middle East, particularly Lebanon, and now I was on my way to my second home, Latin America, where socialism has kept winning elections, but was getting beaten, even terrorized, by the corrupt and crooked Western empire.

All that France 24 kept showing, I have been habitually witnessing with my own eyes. And more, much more, from many different angles. I have filmed it, written about it, and analyzed it.

In many countries, all over the world, people have been sharing their stories with me. I have seen barricades, photographed and filmed injured bodies, as well as tremendous revolutionary enthusiasm and excitement. I have also witnessed betrayals, treasons, cowardice.

But in the lounge, in front of the television set, everything appeared pretty groovy, very classy, and comforting. The blood looked like a well-mixed color, the barricades like a stage of the latest Broadway musical.

People were dying beautifully, their shouts muted, theatrical. The elegant anchor in a designer dress was beaming benevolently, whenever people on the screen dared to show some powerful emotions, or were grimacing in pain. She was in charge, and she was above all of this. In Paris, London and New York, powerful emotions, political commitments and grand ideological gestures, were made outdated, already a long time ago.

During just the few days that I spent in Paris, many things have changed, on all the continents.

The Hong Kong rioters were evolving; beginning to set on fire their compatriots simply because they dared to pledge their allegiance to Beijing. Women were unceremoniously beaten, with metal bars, until their faces were covered in blood.

In Lebanon, the big clenched fists of the pro-Western regime-change Otpor were suddenly at the center of the anti-government demonstrations. The economy of the country was collapsing. But the Lebanese âelitesâ were burning money, all around me, all around Paris and all around the world. Poor Lebanese MisÃ©rables, as well as the impoverished middle class, were demanding social justice. But the rich of Lebanon were mocking them, showing. They had it all figured out: they have robbed their own country, then left it behind, and now were having a great ball here, in the âCity of Lightsâ.

But to criticize them in the West has been taboo; forbidden. Political correctness, the mighty Western weapon used to uphold the status quo, has made them untouchable. Because they are Lebanese; from the Middle East. A good arrangement, isnât it? They are robbing their fellow Middle Easterners, on behalf of their foreign masters in Paris and Washington, but in Paris or London, it is taboo to expose their âcultureâ of debauchery.

In Iraq, the anti-Shiâa and therefore anti-Iranian sentiments have been dispersed, powerfully and clearly, from abroad. The second big episode of the so-called Arab Spring.

Chileans have been fighting and dying, trying to depose a neo-liberal system, forced down their throats ever since 1973 by the Los Chicago Boys.

The Bolivian socialist government, successful, democratic and racially inclusive, has been overthrown, by Washington and Bolivian treasonous cadres. People have been dying there, too, on the streets of El Alto, La Paz, and Cochabamba.

Israel was at it again, in Gaza. Full force.

I went to film the Algerians, Lebanese and Bolivians; people who were pushing for their agendas at the Place de la Republique.

I anticipated the horrors that were waiting for me, soon; in Chile, Bolivia and Hong Kong.

I was writing, feverishly.

While the television set was humming.

People were entering and leaving the lounge, meeting and separating, laughing, shouting, crying and making up.

Nothing to do with the world.

The outbursts of indecent laughter erupted periodically, even as the bombs were exploding on the screen, even as the people were charging against the police and the military.

Then, one day, I realized that nobody really gives a damn. Like that; so simple.

You witness what happens, all over the world; you document it. You are risking your life. You are getting engaged. You get injured. Sometimes you come close, extremely close, to death.

You do not watch TV. Never, or almost never. You appear on the television, yes; you supply stories and images. But you never watch the results; what emotions your work, your words and images, truly evoke. Or do they evoke any emotions at all? You only work for the anti-imperialist media outlets, never for the mainstream. But for whomever you work for, you have no clue what the facial expressions your reports from the war zones are arousing. Or what emotions any war zone reports stir.

And then, you are in Paris, and you have some time to watch your readers, and suddenly you understand.

You get it: why so few are writing to you, support your struggle, or even fight for the countries being destroyed, decimated by the empire.

When you look around, observing people who are sitting in a hotel lounge, you clearly realize: they feel nothing. They want to see nothing. They understand nothing. France 24 is on, but it is not a news channel, which it was intended to be, many years ago. It is entertainment stuff, which is supposed to produce sophisticated background noise. And it does. Precisely that.

Same as the BBC, CNN, Fox and Deutsche Welle.

As the legitimately elected socialist President of Bolivia was being forced into exile, tears in his eyes, I got hold of the remote control, and switched channel to some bizarre and primitive cartoon network.

Nothing changed. The expressions on the faces of some twenty people around me did not change.

If a nuclear bomb would have exploded on the screen, somewhere in the Sub-Continent, no one would pay any attention.

Some people were taking selfies. While I was describing the collapse of the Western culture on my MacBook. All of us were busy, in our own way.

Ten meters away from me, an American businessman was shouting into his phone:

âAre you going to invite me back to Paris in December? Yes? We have to discuss details. How much am I getting per day?â

Coups, uprisings, riots, all over the world.

And that plastic, professional smile of the lady, the news announcer, in her blue and white retro designer dress; so confident, so French, and so endlessly fake.

Lately, I keep wondering whether the inhabitants of Europe and North America have any moral right to control the world.

My conclusion is: definitely not!

They do not know, and they do not want to know. Those who have power are obliged to know.

In Paris, Berlin, London, New York, individuals are too busy admiring themselves, or âsufferingâ from their little, selfish problems.

They are too busy taking selfies, or being preoccupied with their sexual orientation. And of course, with their ‘business’.

That is why I prefer to write for Russian and Chinese outlets, to address people who are scared like myself, anxious about the future of the world.

The editors of this magazine, in faraway Moscow, are; they are anxious and passionate at the same time. I know they are. I, and my reports, are not some âbusinessâ for them. People whose cities are smashed, ruined, are not some sort of entertainment in the editorial room of NEO.

In many Western countries, people have lost their ability to feel, to get engaged, and to fight for a better world.

Because of this loss, they should be forced to give up their power over the world.

Our world is damaged, scarred, but is tremendously beautiful and precious.

It is not a business, to work for its improvement and survival.

Only great dreamers, poets and thinkers can be trusted, fighting for it, steering it forward.

Are there many poets and dreamers amongst my readers? Or do they look, do they behave, as those guests in the hotel lounge in Paris, in front of the screen beaming France 24?

Andre Vltchek is a philosopher, novelist, filmmaker and investigative journalist. He has covered wars and conflicts in dozens of countries. Five of his latest books are âChina Belt and Road Initiative: Connecting Countries, Saving Millions of Livesâ, âChina with John B. Cobb, Jr., Revolutionary Optimism, Western Nihilism, a revolutionary novel âAuroraâ and a bestselling work of political non-fiction: âExposing Lies Of The Empireâ. View his other books here. Watch Rwanda Gambit, his groundbreaking documentary about Rwanda and DRCongo and his film/dialogue with Noam Chomsky âOn Western Terrorismâ. Vltchek presently resides in East Asia and the Middle East, and continues to work around the world. He can be reached through his website and his Twitter. His Patreon The Hitlerization of Jeremy Corbyn (Among Others)
C.J. Hopkins
• 105 Comments • Reply
← Evo Overthrown, But Bolivian Socialism ...Quo Vadis, Lebanon →
Hide 14 CommentsLeave a Comment
"Lies Which the West Manufactures and Then Consumes"
• 14 Comments
Commenters to Ignore
Commenters to ignore (one per line) 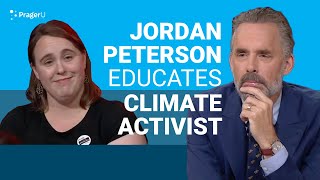