Show by ⇅
Print Archives1 Item • Total Print Archives
The New York Review of Books
Nothing found
Subhankar Banerjee Archive
/
Global Warming
Subhankar Banerjee Archive
/
Global Warming
◄►Bookmark◄❌►▲ ▼Toggle AllToC▲▼Add to LibraryRemove from Library • BShow CommentNext New CommentNext New ReplyRead More
ReplyAgree/Disagree/Etc. More... This Commenter This Thread Hide Thread Display All Comments
AgreeDisagreeThanksLOLTroll
These buttons register your public Agreement, Disagreement, Thanks, LOL, or Troll with the selected comment. They are ONLY available to recent, frequent commenters who have saved their Name+Email using the 'Remember My Information' checkbox, and may also ONLY be used three times during any eight hour period.
Email Comment Ignore Commenter Follow Commenter
Paradise Burning
Why We All Need to Learn the Word âAnthropogenicâ
Subhankar Banerjee • July 30, 2015
• 3,700 Words • Leave a Comment
The wettest rainforest in the continental United States had gone up in flames and the smoke was so thick, so blanketing, that you could see it miles away. Deep in Washingtonâs Olympic National Park, the aptly named Paradise Fire, undaunted by the dampness of it all, was eating the forest alive and destroying an ecological... Read More
Drilling, Drilling, Everywhere...
Will the Trump Administration Take Down the Arctic Refuge?
Subhankar Banerjee • November 9, 2017
• 2,800 Words • Leave a Comment
What happens in the Arctic doesnât just stay up north. It affects the world, as that region is the integrator of our planetâs climate systems, atmospheric and oceanic. At the moment, the northernmost places on Earth are warming at more than twice the global average, a phenomenon whose impact is already being felt planetwide. Welcome... Read More
Biological Annihilation
A Planet in Loss Mode
Subhankar Banerjee • December 11, 2018
• 3,100 Words • 1 Comment • Reply
If youâve been paying attention to whatâs happening to the nonhuman life forms with which we share this planet, youâve likely heard the term âthe Sixth Extinction.â If not, look it up. After all, a superb environmental reporter, Elizabeth Kolbert, has already gotten a Pulitzer Prize for writing a book with that title. Whether the... Read More
"Global Warming" Items Across Entire Archive
PastClassics 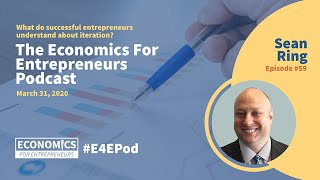