Civic Nationalismâs Last Gasp?
Nelson Rosit • December 17, 2022
• 3,400 Words • 125 Comments • Reply
Is Victor Davis Hanson Donald Trump with a Ph.D. in classics? There are certain parallels between the author of The Dying Citizen and the forty-fifth president. While Professor Hanson uses the rubric âcitizenship,â Mr. Trump uses the acronym MAGA to describe a renewed civic nationalism that might provide enough centripetal force to hold together this... Read More

Dreams of a Racial Utopia
Nelson Rosit • June 4, 2022
• 2,500 Words • 2 Comments • Reply
Duncan Bellâs Dreamworlds chronicles the largely forgotten efforts to unite the British and American empires during the late Victorian and Edwardian eras. What I found most interesting, however, was not the core narrative, but the broader historical continuities and changes his story reveals. During the early Victorian period Britain was at the top of its... Read More

Political Violence in Weimar Germany: Lessons for the Contemporary U.S.
Nelson Rosit • September 7, 2021
• 3,500 Words • 2 Comments • Reply
The Outlaw Ernst von Salomon, trans. Ian F. D. Morrow, 1st English edition 1931; third edition Arktos Media, 2013 Introduction The Outlaws is an unusual piece of literatureâa historical novel written by one of the participants in the events described, and a work of fiction that has been used as a primary source by researchers... Read More

Essays in Political Culture: A Review of Alexander Jacobâs âEuropean Perspectivesâ
Nelson Rosit • January 21, 2021
• 2,700 Words • 2 Comments • Reply
Alexander Jacob is a bit of an oddity. An American-educated Anglo-Indian, he writes from a continental European orientation. His fourth book, European Perspectives, consists of six essay chapters written between 2000 and 2019. Three of the essays appeared online at Counter-Currents.com. The bookâs back cover suggests that one purpose for this volume is to dissuade... Read More 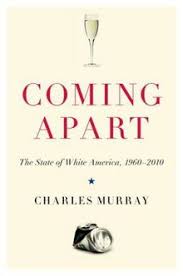 âComing Apartâ Revisited
Life History Theory and the Crisis of the White Working Class
Nelson Rosit • February 8, 2019
• 3,400 Words • 113 Comments • Reply
One of the best-selling nonfiction books of 2012 was Charles Murrayâs Coming Apart: The State of White America, 1960â2010.[1] It was widely reviewed, including an informative essay by Roger Devlin in this publication.[2] As stated in the subtitle, Murray focused on White Americans, and he saw a growing class divide among this demographic. Paradoxically, by... Read More

Assault on Psychology: Research on Race Differences Anathematized
Nelson Rosit • September 1, 2017
• 2,900 Words • 78 Comments • Reply
Galileo Galilei (1564â1642) has been called the Father of Modern Science. So it is fitting that he was, perhaps, the first scientist to be censured and silenced by political forces represented in his day by the Catholic Church. The issue then was evidence Galileo presented supporting the Copernican heliocentric model of the solar system that... Read More
PastClassics