During the summer of 2009, conservative activists turned up the heat on Democratic politicians to protest the innovation-destroying, liberty-usurping Obamacare mandate. In the summer of 2012, it’s squishy Republican politicians who deserve the grassroots flames.

In case you hadn’t heard, even if the Supreme Court overturns the progressives’ federal health care juggernaut, prominent GOP leaders vow to preserve its most “popular” provisions. These big-government Republicans show appalling indifference to the dire market disruptions and culture of dependency that Obamacare schemes have wrought.

GOP Sen. Roy Blunt of Missouri, vice chair of the Senate GOP Conference, told a St. Louis radio station two weeks ago that he supports keeping at least three Obamacare regulatory pillars: federally imposed coverage of “children” up to age 26 on their parents’ health insurance policies (the infamous, unfunded “slacker mandate”), federally mandated coverage regardless of pre-existing conditions (“guaranteed issue,” which turns the very concept of insurance on its head and leads to an adverse-selection death spiral) and closure of the coverage gap in the massive Bush-backed Medicare drug entitlement (the “donut hole fix” that will obliterate the program’s cost-controls).

Some Republicans are even trying to out-Obama Obamacare. GOP Rep. Steve Stivers of Ohio is pushing a proposal to increase the mandatory coverage age for dependents to age 31. And once a fire-breathing dragon for repeal, GOP Sen. Lamar Alexander of Tennessee hem-hawed when asked by the liberal Talking Points Memo website whether Republicans would be introducing specific bills to preserve the guaranteed issue and slacker mandate provisions.

“Well, I think we need to be prepared,” Alexander told TPM. “And we will be prepared.”

How about getting informed? As I reported while the Obamacare backroom wheeling-dealing was going on, some 20 states already had passed legislation requiring insurers to cover adult children before the federal rule was imposed, and nearly 20 others were already on the expensive path toward doing so. In New Jersey, Wisconsin and elsewhere, these top-down benefits mandates were among key factors driving up the cost of insurance and limiting access instead of expanding it.

Fortunately for fiscal conservatives, GOP Sen. Jim DeMint of South Carolina still has his head screwed on straight. Last week, he blasted GOP enablers of the welfare state. He notes that “multiple studies have suggested that every 1 percent increase in premiums increases the number of uninsured by approximately 200,000 to 300,000 individuals nationwide.” The slacker mandate has raised premiums by at least 1 percent since it was enacted, DeMint adds, meaning “that hundreds of thousands of individuals have lost coverage — because they were priced out of the individual market, or because their employers decided to stop offering coverage — as a result of the new requirements.”

This is no textbook hypothetical. No less than the Service Employees International Union Local 1199 — one of Obamacare’s biggest cheerleaders — dropped health care coverage for children in late 2010 because of costly mandates, including, you guessed it, the slacker mandate. “Our limited resources are already stretched as far as possible,” the SEIU 1199 benefits managers wrote in a letter to more than 30,000 families, “and meeting this new requirement would be financially impossible.”

Chris Jacobs, senior analyst for the Senate Joint Economic Committee, points to a new study by the left-leaning Commonwealth Fund that reveals that the benefits of the slacker provision have “disproportionately accrued to affluent and wealthy families.” Moreover, this unfunded mandate is fostering greater dependency — and providing employment disincentives — by encouraging high numbers of young adults to reject other forms of insurance in order to take advantage of “free” parental coverage.

Where does presumptive Republican presidential nominee Mitt Romney stand? Despite repeated assurances that he will abandon Obamacare in its entirety, Romney is surrounded by GOP socialized medicine helpmates. In January, Romney adviser Norm Coleman said, “(We’re) not going to repeal the act in its entirety … you can’t whole cloth throw it out.”

Who needs enemies when you’ve got Republican Surrenderists for Obamacare waiting in the wings? 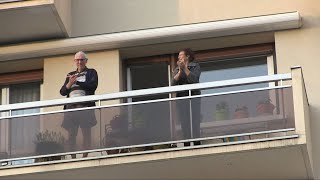