My syndicated column today investigates the deep pockets behind the “grass-roots” campaign for Obamacare. Chicago crony/White House senior adviser David Axelrod is, of course, the master of astroturfing. So it certainly comes as no surprise that left-wing puppetmasters are behind the government health care takeover lobby. But an informed citizenry needs to know the nitty gritty details.

Will the ABC “All Barack Channel” News health care infomercial tell viewers about the cabal at 1825 K Street (a far Left office complex/headquarters that is the Washington DC analogue of the 1024 Elysian Fields ACORN headquarters in New Orleans, which I first reported on in August 2008)?

Will they tell viewers about the First Lady’s patient-dumping scheme?

So: Read. Learn. Pass it on. Help do the job the rest of the government-directed stenographers won’t do.

If you believe the White House, there are 30 million Americans who support a government health care takeover. But if you look at the funding behind the Obamacare Astroturf campaign, itâs the same few Leftist billionaires, union bosses, and partisan community organizers pushing the socialized medicine agenda. Letâs connect the dots.

On Thursday, a national âgrass-rootsâ coalition called âHealth Care for America Now (HCAN)â will march on Capitol Hill to demand universal health care. The ground troops wonât have to march very far. HCAN, you see, is no heartland network. It is headquartered at 1825 K Street in Washington, D.C. â smack dab in the middle of Beltway lobby land.

In fact, 1825 K Street is Ground Zero for a plethora of âprogressiveâ groups subsidized by anti-war, anti-Republican, Big Nanny special interests. Around Washington, the office complex is known as âThe Other K Street.â The Washington Post noted in 2007 that â[i]ts most prominent tenants form an abbreviated who’s who of well-funded allies of the Democratic Partyâ¦ Big money from unions such as the Service Employees International Union (SEIU) and the American Federation of State, County and Municipal Employees, as well as the Internet-fueled MoveOn, has provided groups like those at 1825 K Street the wherewithal to mount huge campaigns.â

MoveOn, of course, is the recreational political vehicle of radical liberal sugar daddy George Soros. The magnateâs financial fingerprints are all over the HCAN coalition, which includes MoveOn; the action fund of the Center for American Progress (a Soros think tank); and the Campaign for Americaâs Future (a pro-welfare state lobbying outfit).

HCAN has a $40 million budget, with $10 million pitched in by Atlantic Philanthropies â a Bermuda-based organization fronted by Soros acolyte Gara LaMarche. Also in the money mix: Notorious Democrat donors Herb and Marion Sandler, the left-wing moguls who made billions selling shady subprime mortgages and helped Soros fund his vast network of left-wing activist satellites. By their side is billionaire Peter Lewis of Progressive Insurance, whose âProgressive Futureâ youth group has dispatched clueless volunteers armed with clipboards and literature bashing Rush Limbaugh and Fox News to scare up support for Obamcare.

And two more left-wing heavyweights joining the HCAN parade: the corruption-riddled SEIU (which has battled numerous embezzlement scandals among its chapters across the country while crusading for consumer and patientsâ rights) and Obamaâs old chums at fraud-riddled ACORN, the Association of Community Organizations for Reform Now.

ACORN and HCAN are linked by left-wing philanthropist Drummond Pike, who heads the non-profit Tides Foundation/Tides Center. As the tax disclaimer for HCAN discloses, âHCAN is related to Health Care for America Education Fund, a project of The Tides Center, a section 501(c)(3) public charity.â For decades, the Tides Center and its parent organization, the Tides Foundation, have seeded some of the countryâs most radical activist groups of the Left, including the communist-friendly United for Peace and Justice, the jihadist-friendly National Lawyers Guild; and the grievance-mongering Council for American-Islamic Relations. Pike is the same philanthropist who assisted ACORN founder Wade Rathke after his brother, Dale, was caught embezzling nearly $1 million from the community organizing group. Rathke sits on the Tides Foundation board of directors. In a conspiracy to cover up Dale Rathkeâs massive theft of funds, Pike volunteered to buy a promissory note worth $800,000 to cover the debt. These are the populist do-gooders supposedly looking out for you and your health.

Why do they want Obamacare? An internal ACORN memo I obtained from August 2008 makes the motives clear. âOver our 38 years, health care organizing has never been a major focus either nationally or locally for ACORN,â wrote ACORN Philadelphia region director Craig Robbins. âBut increasingly, ACORN offices around the country are doing work on health care.â The goal: âBuilding ACORN Power.â The memo outlines the ACORN/HCAN partnership and strategy of opposing any programs that rely on âunregulated private insuranceâ â and then parlaying political victory on government-run health care âto move our ACORN agenda (or at least part of it) with key electeds that we might otherwise not be able to pull off.â

The objective, in other words, is to piggyback and exploit Obamacare to improve and protect their political health. The âgrass-rootsâ movement is not about representing Main Street. Itâs about peddling influence and power on 1825 K Street.

(Republished from MichelleMalkin.com by permission of author or representative)
← Alert: Senate to Vote on Radical Koh No...Document Drop: the Story Behind the ... → 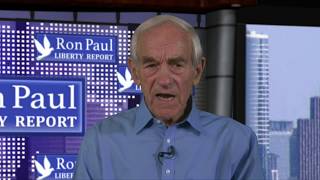