The sun rose today. The world didn’t end. So now, the anti-Prop. 8 mob is back to bashing Mormons and denying that gay activists have gone overboard with their blacklist tactics and bullying campaigns.

Via the Deseret News:

An advertisement in last Friday’s New York Times that defended The Church of Jesus Christ of Latter-day Saints and other Proposition 8 supporters was a disingenuous olive branch from a group of “culture warriors,” an activist group fired back this week.

Truth Wins Out, a New York nonprofit group, has taken out a full-page advertisement in Thursday’s Salt Lake Tribune to combat claims of “violence and intimidation” against same-sex marriage opponents.

Last week, the Washington-based Becket Fund for Religious Liberty denounced incidents of vandalism at LDS churches and declared “No Mob Veto” in its ad. The advertisement was signed by a dozen religious leaders and activists.

“These anti-gay activists are crying wolf on the Proposition 8 protests, but they actually are a wolf in sheep’s clothing that preaches religious tolerance while practicing the most defamatory form of religious bigotry,” said Wayne Besen, executive director of Truth Wins Out.

(Republished from MichelleMalkin.com by permission of author or representative)
← Where in the World"Parents Worldwide Inspired to Nam... →

âDivine Rightâ on the Collapse of Star Trek
Guillaume Durocher
• 183 Comments • Reply
← Where in the World"Parents Worldwide Inspired to Nam... → 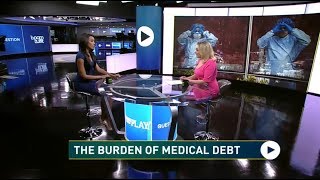