I tuned into to C-SPAN to liveblog the mortgage bailout bill debate for you, but saw this instead:

Surfing over the House website, it looks like there were two procedural motions to adjourn this afternoon.

President Bush is vowing to veto both bills:

“I told the members (of Congress) I support $108 billion supplemental without any strings, and that we’re going to work toward that goal,” Bush told reporters after meeting with House GOP leaders.

The House is scheduled to take up a bill that would provide $195 billion in spending for the remainder of fiscal year 2008 and into fiscal year 2009.

Another veto was promised for housing-related measures being considered in the House.

Debate on the House floor has just now resumed. Keeping my eye on it…

3:40pm Eastern. There’s a Democrat on the floor who keeps insisting that this bailout isn’t going to cost taxpayers annnnything since it’s only granting the FHA “authority,” not money.

What a heaping load of bullcrap.

The Congressional Budget Office just came out with an estimate of $2.7 billion for H.R. 5830, the so-called FHA Housing Stabilization and Homeownership Retention Act of 2008, which may be rolled into larger housing bills on the House floor.

But there could be an even greater cost from the bill to millions of middle-class investors saving for their retirement or the education of their children. The bill has the Federal Housing Administration guarantee the refinancing of a mortgage in return from a âhaircutâ from the owners of the loan. The bill requires loans to be guaranteed at no more than 85 percent of the value, meaning a 15 percent loss for investors. But this haircut will âshaveâ billions of dollars off from funds saved for retirement or education.

This bill not only ârobs Peter to Pay Paul,â through taxpayersâ bailout of bad loans by banks and borrowers. It can also be said to âabrogate Paulâs contract to Peter.â This is because many of the mortgages often arenât owned by the banks that service them, but instead frequently by millions of middle class investors through their interests in entities that have mortgage-backed securities (MBS).

Many middle-class folks who have 401(k) accounts, mutual funds, money market funds or defined-benefit pensions are indirect holders of MBS. In fact, according to investment bank Credit Suisse, 14 percent of MBS are owned by pensions and mutual funds that serve middle-class savers.

So, letâs do some math. The bill authorizes the FHA to guarantee up to $300 billion in mortgages. With the 15 percent haircut, the loans were originally worth $345 billion. So $45 billion represents the potential lost savings by the private sector. Now assume, per the Credit Suisse stats, that a random 14 percent of the loans in this program represent those owned by pensions and mutual funds. 14 percent of $45 billion is $6.3 billion.

The bottom line is that middle-class savers and investors could be left more than $6 billion poorer in savings for retirement and education of their children. Another compelling reason this bailout is not worth the cost.

4:06pm Eastern. Sheila Jackson Lee was fulminating. Now, GOP Rep. Tom Price is on the floor excoriating the Dem majority for silencing the minority. He submitted four substantive amendments that were denied by the Dems’ restrictive process. “Stop playing politics, stop breaking promises, allow the members of this House to represent their constituents.”

(Republished from MichelleMalkin.com by permission of author or representative)
← The Blue State BailoutStuff Muslims Don't Like: A New Fe... → 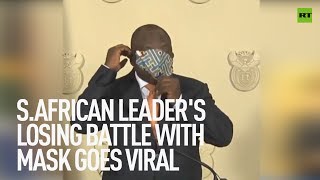