When is lynching rhetoric acceptable? Newsbusters recounts recent kerfuffles over noose references and finds that it’s only okay when it comes out of the mouth of a black Hillary Clinton demagogue. Witness Ohio Democrat Rep. Stephanie Tubbs Jones:

Well, you [k]now what, the camp, the Obama campaign is trying to put that noose on her neck. But the reality is that Senator Clinton does not wear, uh, NAFTA. NAFTA is something that occurred during the presidency of her husband. She was the first lady, but she has been very clear about NAFTA.

Tubbs Jones, by the way, is the sycophant who calls Hillary her “sista.” And sistas gotta look out for each other’s backs. And necks.

(Republished from MichelleMalkin.com by permission of author or representative)
← Newsflash: US Airstrikes in Somalia"Your Time to Take This Country Ov... →

Is Corbyn the Lesser Evil?
Eric Striker
• 192 Comments • Reply
← Newsflash: US Airstrikes in Somalia"Your Time to Take This Country Ov... →

Israel's War Crimes Have Killed Americans
If the president loves to honor the military, start with the U.S.S. Liberty
Philip Giraldi • May 5, 2020
• 2,300 Words • 73 Comments • Reply 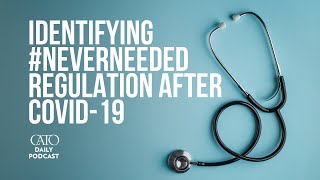