Earlier today, I blogged the failure of the Democrat attempt to override President Bush’s S-CHIP expansion bill veto. I linked to the roll call vote, but it deserves a separate post. As covered here extensively last year, the Dems’ push to expand the children’s health insurance entitlement beyond low-income families, beyond children, and beyond legal citizens is a Hillarycare Trojan Horse. Democrats said so themselves. The S-CHIP ploy was a cynical political ploy to try and hold war funding hostage and play election year games. The Democrats said so themselves.

Despite all this, 42 House Republicans sided with Nancy Pelosi and her Democrats to override the president’s S-CHIP veto.

Reader Linda e-mails: “Michelle, please publish name and state of the 42 Republicans that voted with the Dems to override the presidential veto [of the S-CHIP expansion bill]. Signed: 69-yr-old fed up grandmother from Texas.”

Here they are–the Trojan Horse S-CHIP Republicans. Watch for them in November, when the Dems are likely to play their S-CHIP again. Shame on these enablers of Democrat child exploitation. With Republicans like these…

(Republished from MichelleMalkin.com by permission of author or representative)
← Video: Scarlett and the TroopsThe Louisiana GOP Caucuses → 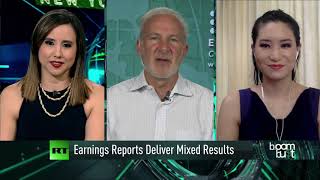