In a 2-1 decision, the Ninth U.S. Circuit Court of Appeals in San Francisco suspended an April 6 injunction by a federal judge in Los Angeles that ordered the Navy to halt the sonar experiments during training exercises scheduled through 2009.

The Navy had earlier been allowed to conduct sonar tests in the area while taking steps to protect the whales, such as posting lookouts and reducing sound levels when whales were present. Navy officials have not proposed those measures this time.

In today’s ruling to lift the injunction while the case continues, Judge Andrew Kleinfeld said Cooper had failed to consider the national interest in military preparedness.

“We are currently engaged in war, in two countries,” said Kleinfeld, joined by Judge Consuelo Callahan. “There are no guarantees extending from 2007 to 2009 or at any other time against other countries deciding to engage us, or our determining that it is necessary to engage other countries.

“The safety of the whales must be weighed, and so must the safety of our warriors. And of our country.”

The court majority said the tests should be allowed to resume because the government will probably be able to show that sonar can be used safely, with protective measures similar to what the Navy used earlier.

My previous blogging/columnizing on this case:

The conclusion of my column five years ago:

Despite numerous precautions and mitigation measures being taken by the Navy, Mark Palmer of the San Francisco-based Earth Island Institute fretted on CNN…that the system is a “sonar bomb” developed by the Navy “to attack whales and other sorts of things in the name of finding submarines, and we don’t think it’s appropriate. We know very little about the effects on fish, on squid, on other types of marine organisms.”

Foreign enemies invaded our borders and murdered over 3,000 men, women and children on Sept. 11. Hundreds of thousands of young men and women have volunteered to make sure it doesn’t happen again. And all this guy can worry about is the comfort level of squid and plankton?

Brad Griffin Is Not My Mommy and He Doesnât Get to Decide Whether or Not I Can Play Outside
Andrew Anglin
• 375 Comments • Reply
← Cartoon Rage in SwedenAnother Chinese-American Straw Donor Pr... → 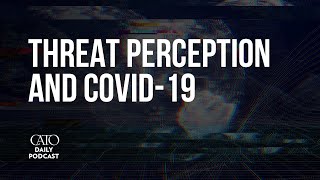