Meet The Press is touting a showdown this morning between Markos Moulitsas and DLC’er Harold Ford: “Exclusive! Former Congressman Harold Ford, Jr., Chairman of the DLC and Markos Moulitsas, editor of the DailyKos, debate the direction of the Democratic Party and 2008.” More here.

I’m taping it and won’t watch it until later. But if you happen to be in front of the TV this morning and want to weigh in/flag any soundbites, have at it.

We’ll have video highlights if there’s anything noteworthy over at Hot Air.

Update IV: Noel Sheppard thinks Kos has gone to the “dark side.”

Update III: Jeff G. on “signs of the apocalypse.”

Update: As promised, hardest working man in the blogosphere Allahpundit has the first cut of video highlights up. And thus did the far Left fringe become the center of the Democrat Party… Charles Johnson at LGF reacts: “Itâs like watching a train wreck in slow motion, as the Democrats let their agenda be determined by spoiled, mean-spirited children. The damage from pandering to this lowest of the lowest common denominator will be felt for years.”

Commenter Schweggie: “This is a net win for Kos, primarily because he played wolf in sheepâs clothing, most people who donât visit dailykos will think heâs a reasonable person.”

Valley of the Shadow notes Kos’s defense of anti-Semitic postings.

California Conservative notes the Chief Kossack’s dismissal of the debate over when to leave Iraq as “semantics.”

While we’re on politics, here are the Ames straw poll results and analysis from Allah.

(Republished from MichelleMalkin.com by permission of author or representative)
← Hello, Jack Murtha, Are You There?The Return of the Eagles →

Nazi Hunters and Their Catholic Proxy-Warriors: Part I
E. Michael Jones
• 204 Comments • Reply
← Hello, Jack Murtha, Are You There?The Return of the Eagles → 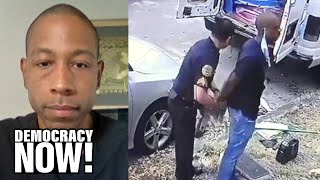