Internet site Wikipedia has been hit by controversy after the disclosure that a prominent editor had assumed a false identity complete with fake PhD.

The editor, known as Essjay, had described himself as a professor of religion at a private university.

But he was in fact Ryan Jordan, 24, a college student from Kentucky who used texts such as Catholicism for Dummies. He has now retired from the site. Under the name Essjay, Mr Jordan edited articles and also had the authority to arbitrate disputes between authors and remove site vandalism.

In his user profile, he said he taught both undergraduate and graduate theology, and in an interview with the New Yorker in July 2006, was described as a “tenured professor of religion”.

(Republished from MichelleMalkin.com by permission of author or representative)
← Anti-War Vandals Plan to Strike at the ...Obama's Investment Portfolio →

The Economics of American Super Imperialism
How the US Makes Countries Pay for Its Wars
Michael Hudson • April 24, 2020
• 7,200 Words • 18 Comments • Reply 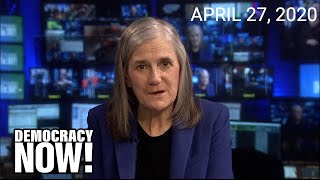