You all remember the ambulances in Qana that were supposedly targeted by Israel last summer. And you all remember Zombietime’s thorough, devastating analysis arguing that the alleged attacks probably never happened.

Last week, Human Rights Watch released a report purporting to debunk the debunkers. To its credit, HRW took the debunkers’ concerns seriously and directly addressed many of their arguments–something that most previous critics failed to do. HRW traveled to the scene of the alleged attack, interviewed witnesses, took photos of the ambulances, and wrote up a detailed report. The report acknowledges that much of the initial reporting of the incident was flawed, but concludes that “the attack on the ambulances was not a hoax: Israeli forces attacked two Lebanese Red Cross ambulances that night in Qana, almost certainly with missiles fired from an Israeli drone flying overhead.”

Zombie posted a detailed response to the HRW report this morning. An Israeli blogger, G. Tikotzinsky, also responded. Tikotzinsky’s two-part analysis is here and here. Both conclude that HRW’s report fails to make its case.

There’s a lot of material to digest. Here are three unresolved issues that caught my eye:

1. Is it possible for a missile of any kind to cause the damage that was inflicted on the ambulances? HRW speculates that the ambulances were struck by Spike missiles, DIME (dense inert metal explosive) missiles, or some other mystery missiles of unknown type. Zombie walks through each of those possibilities, arguing convincingly that no missile or bomb could have caused the observed damage.

2. What is the deal with those holes in the pavement? These two photos, provided by HRW, show the holes supposedly created by the “missiles” that passed through the ambulances. Take a close look:

Do you think those holes were caused by missiles? Here’s what a few of Zombie’s readers say:

Are they seriously claiming those holes in the road come from a missile strike? It’s ridiculous. When missiles hit the ground, they create a large crater, not a pristine little hole. Where did all the missing material go? The soil, asphalt, rocks etc that formerly occupied the empty space of that hole didn’t just disappear. They couldn’t have been ejected because the hole is too narrow. If something had actually pierced the ground like that, the ground matter would have been squeezed sidways in all directions, creating a raised area around the hole. The asphalt should have buckled. But its totally flat in the picture. Also, there’s no evidence of heat or burning, which should be around the edges. If anything, that picture proves that it couldn’t have been a missile.

I know a drilled hole when I see one. Someone took a cement drill with a dull blade and made those holes after the fact. Gimme a break.

There is no lifting or heaving of any sort at the site of the hole. Wouldn’t an entering projectile, explosive or not, with enough force to puncture the tarmac expend enough energy underground to warp the pavement or at least raise the perimeter even slightly? (Drive a nail into plaster or drywall and see the surface raise up evenly around the nail). It’s a road – that is, a road bed, with gravel and fill underneath, not empty air -not just a thin veneer of asphalt that can be punched through.

Some of Zombie’s readers made another interesting observation: “if the holes were made as claimed, then the missiles must still remain buried at the bottom of the holes, to this day. Why haven’t they been dug out to provide incontrovertible proof of the attack?”

3. What is up with with Ahmed Fawaz, the guy whose leg supposedly was blown off by one of the missiles? As Tikotzinsky notes, HRW’s recounting of Fawaz’s injury strains credibility:

After the missile hit, the two ambulance crews scrambled for safety in a nearby basement, and did not return for 1 hour and 40 minutes. âThe crew members were unable to retrieve Ahmed Fawaz and his mother Jamila from the first ambulance hit, and believed them to have been killed.â And then, in the next paragraph: âThe ambulance crew stayed in the basement of the building for one hour and 40 minutes.â The report then quotes Mr. Fawazâ own account of the event. He recalls feeling for his leg and realizing it was not there, and then drifting in and out of consciousness. So, here we clearly have a person with a severed leg and blood gushing out, hemorrhaging fast. He received NO first aid treatment, and yet he was still alive one hour and 40 minutes later. Maybe a reader with more medical knowledge than me can explain this miracle. Mr. Fawaz testimony appears to be a major flaw, and in fact it threatens to discredit the entire report…. How did Mr. Fawaz survive for 1 hour 40 minutes with a severed leg without hemorrhaging to death?

Zombie concludes with this statement:

After assessing all the evidence — including HRW’s new evidence — I’m still not convinced that there was even an attack at all. Yes, I realize that if the whole story is a hoax, then more than a few people must be lying or fabricating details, which is also hard to accept — yet the forensic evidence in no way matches the sequence of events that HRW insists happened.

But even if there was some kind of violent incident involving the ambulances that produced casualties, there is no solid evidence whatsoever that it was an Israeli weapon that struck the ambulances. Yes, I realize that if it wasn’t Israel, then there’s no evidence that the destruction was caused by anyone else either. But there were no witnesses who saw Israeli craft; no shrapnel of an Israeli munition was ever found; nothing.

And even if you believe that the ambulances were struck by munitions, and those munitions must have been Israeli, there’s still no proof that the attack was intentional. For all anyone knows, the ambulances could have been hit by accident in the middle of a war zone; or that the vehicles were presumed to carrying Hezbollah fighters, and were not recognized as ambulances until it was too late to call back whatever munition was fired.

And if, in the final analysis, you the reader think that Israel truly did hit the ambulances on purpose, then please accept that the erroneous and misleading accounts by contradictory news reports (prior HRW’s latest investigation) led a great many reasonable people — including me — to the honest and inescapable conclusion that the story seemed dubious at best.

Read HRW’s report and the responses from both Zombie and Tikotzinsky and let me know what you think. Input from missile experts and doctors is particularly welcome.

I read the article at Zombietime earlier today, and as I read your site 2 or 3 times a day, I saw the comment on the severed leg there. I’m not a

doctor, I’m a medical student at the Medical College of Georgia, but I

thought I’d share. Under some circumstances, an artery can “withdraw” from the injury point (kind of pulling back from the wound site) because of elastic fibers in the artery wall. This can slow the bleeding, which

While I say that it’s possible, I will put my budding medical reputation on

hour plus… he would be dead. No amount of withdrawal will stop that kind

of blood loss. If you look in the picture of him resting in his hospital

bed, the amputation was above the knee, not further down where the arteries

I posed the question to my relatives in the medical and transportation fields. About 50,000 people in the US die every year in automobile accidents due to exsanguination. You can bet that A) a vast majority of their injuries are less traumatic than the loss of a limb, and B) they’re receiving aid a lot quicker than an hour and 40 minutes. This guy’s blood pressure alone would have drained him like a bathtub without a tourniquet.

And this from a retired U.S. Air Force munitions maintenance specialist:

I’m a retired USAF munitions maintenance specialist, and although I’ve been away from it for a while, I think I can assure you that whatever made those holes wasn’t explosive in any way shape or form. Anything that punched through the ambulance, the pavement and THEN exploded would have left a crater large enough for someone to stand in. Notice also that there is NO physical damage to the pavement, nor scorching of any kind, nor is there any indication of the many and varied fluids from the vehicle that would have stained the pavement.

Another point to keep in mind is that the weapons being blamed have distinctive impact effects that pretty much rule them out as the villains here. First, SPIKE has a shaped charge warhead. Without getting into a long technical explanation, a shaped charge warhead – especially one intended to defeat tanks – creates heat and blast effects that would have literally erased something as lightly built as a Palestinian ambulance and left unmsitakable signs on the pavement. The explosion of such a warhead creates a jet of molten metal that moves mostly along the axis of the missiles’ impact, but also sprays outward as it continues moving forward. Imagine a garden hose spraying molten steel and you’ve got a good idea of what happens – then imagine this happening in the confines of that ambulance. There would have been no crews and Mr. Fawaz ‘scrambling for cover ‘ – they would have been incinerated in the fire created by that jet of molten metal. It’s POSSIBLE that the missile may have penetrated most of the way through the ambulance, the light sheet steel ambulance body not being enough to trigger the missile’s fuze – but the heavier body pan and chassis would have set it off, with the same effects – not to mention what would have happened when the unburnt solid rocket fuel in the missile lit off. If it was a ‘DIME’ missile – and after a net search that anyone can do, I’m not at all convinced they exist as anything other than a concept – again, the weapons’ blast efefcts would have completely destroyed the vehicle and left telltale signs on the pavement. Supposedly, a DIME explosion is confined to a very small space – but anything in that space, like the ambulance, its crew, and the pavement, would have been shredded and burned.

LGF notes this report on the anti-Israel bias of Amnesty International and HRW.

(Republished from MichelleMalkin.com by permission of author or representative)
← Putting Freedom Above FootballCNN On Demand Markets Sniper Video → 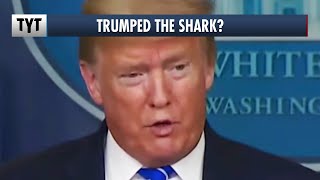