***update: Kerry to speak at 2pm press conference…I expect nothing less than full-throated indignance, condescension, and blame avoidance…great news for the GOP…see, what did I tell ya: Kerry: “I apologize to no one for my criticisms of President Bush…”

The National Commander of The American Legion called on Sen. John Kerry to apologize for suggesting that American troops in Iraq are uneducated.

“As a constituent of Senator Kerry’s I am disappointed. As leader of The American Legion, I am outraged,” said National Commander Paul A. Morin. “A generation ago, Sen. Kerry slandered his comrades in Vietnam by saying that they were rapists and murderers. It wasn’t true then and his warped view of today’s heroes isn’t true now.”

While addressing a group of college students at a campaign rally in Pasadena, CA., Monday, Kerry suggested that they receive an education or “if you don’t, you’ll get stuck in Iraq.”

“While The American Legion shares the senator’s appreciation for education, the troops in Iraq represent the most sophisticated, technologically superior military that the world has ever seen,” Morin said. “I think there is a thing or two that they could teach most college professors and campus elitists about the way the world works.

“And while we are on the topic of education, why doesn’t the senator and his comrades in Congress improve the GI Bill so all of today’s military members – reserves and guard included – can achieve the educational aspirations that the senator so highly values?” Morin said. “The senator’s false and outrageous attack was over-the-top and he should apologize now.”

The A(w/t)P’s Jennifer Loven (of course) spins the story.

Is the headline, “Kerry warns students, insults troops: Don’t ‘get stuck in Iraq?'”

The White House accused Sen. John Kerry on Tuesday of troop-bashing, seizing on a comment the Democrat made to California students that those unable to navigate the country’s education system “get stuck in Iraq.”

“Senator Kerry not only owes an apology to those who are serving, but also to the families of those who’ve given their lives in this,” White House press secretary Tony Snow said. “This is an absolute insult.”

Kerry, a decorated Vietnam veteran and Bush’s rival in 2004, fired back, saying the president and his administration are the ones who owe U.S. troops an apology because they “misled America into war and have given us a Katrina foreign policy that has betrayed our ideals, killed and maimed our soldiers, and widened the terrorist threat instead of defeating it.”

“This is the classic GOP playbook,” Kerry said in a harshly worded statement. “I’m sick and tired of these despicable Republican attacks that always seem to come from those who never can be found to serve in war, but love to attack those who did. I’m not going to be lectured by a stuffed suit White House mouthpiece standing behind a podium.”

Snow was asked about the comment which Kerry made during a campaign rally Monday for California Democratic gubernatorial candidate Phil Angelides. The White House spokesman was clearly ready, consulting his notes to read a fuller account of Kerry’s statement and unleashing a sharp attack.

The Massachusetts senator, who is considering another presidential run in 2008, had opened his speech at Pasadena City College with several one-liners, joking at one point that Bush had lived in Texas but now “lives in a state of denial.”

Then he said: “You know, education, if you make the most of it, you study hard, you do your homework and you make an effort to be smart, you can do well. If you don’t, you get stuck in Iraq.”

It seems clear that Loven took the speech quotes from the Pasadena Star News and not from first-hand notes. Her “reporting” misleadingly implies that Kerry’s Bush reference immediately preceded the troop smear.

But remember, and I know you do, that Loven has a history of having to retract false stories about campaign events and shilling for Kerry.

Look for the rest of the MSM to take the Loven/Kerry line.

(Republished from MichelleMalkin.com by permission of author or representative)
← The MSM Is AWOLKerry Video: "I Apologize to No One" →

Piercing Illusion of Trump's 'Immigration Ban'
Michelle Malkin
• 187 Comments
← The MSM Is AWOLKerry Video: "I Apologize to No One" →

The Economics of American Super Imperialism
How the US Makes Countries Pay for Its Wars
Michael Hudson • April 24, 2020
• 7,200 Words • 6 Comments • Reply 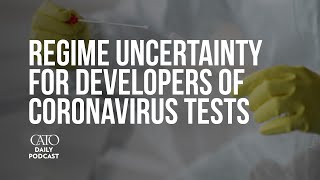