Open-borders extremists are starting a boycott of the donut franchises and the restaurant chain. Why? Because they won’t hire aliens whose bogus Social Security numbers don’t check out:

A local group fighting for immigrant rights is calling for a boycott of two nationally known companies. Dunkin Donuts and Applebee’s are accused of discriminating against immigrant workers whose names don’t match their social security numbers.

On the 10th anniversary of what immigration reform advocates call stringent changes to immigration laws, supports of the legalization of the undocumented are once again speaking out — only this time, they are hoping not only to mobilize their vote, but also use their buying power to force the kind of change they want.

“The Bush administration wants to give the appearance that they are cracking down on undocumented immigration and workers are an easy escape goat,” said James Thindwa, Chicago Jobs with Justice.

Groups accuse several companies of the practice using ‘no match’ letters to immigrant workers who don’t have valid social security numbers. They want the public to boycott businesses, including Applebee’s and Dunkin Donuts. Neither company could be reached for comment.

What’s there to say? You can’t reason with people who cry “racism” as a response to businesses who abide by the law.

(Republished from MichelleMalkin.com by permission of author or representative)
← The Families of the Pendleton 8The Saviors of Air America →

Is Imperial College Still Open for Business?
Gilad Atzmon
• 130 Comments • Reply
← The Families of the Pendleton 8The Saviors of Air America → 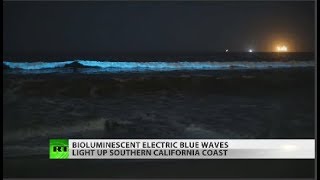