The latest on Haleigh Poutre: Gov. Mitt Romney has announced an independent investigation into the state’s abominable handling of the case.

“One cannot look at the life of Haleigh Poutre without being overwhelmed with sadness. My heart goes out to her.

“Now I ask the question, what could have been done better to help her and to protect her. Yesterday, I read her DSS file. It is over 45 pages, mostly consisting of detailed evaluations and entries over almost 10 years. She was not someone who fell through the cracks — doctors and social workers were watching, but errors in judgment were made.

“I believe that the people in DSS did what they believed was right. No human is omniscient. But I wonder whether any changes in protocol or procedure may reduce the likelihood of error in the future.

“For this reason, I am establishing a panel to review in depth Haleigh’s case history and make recommendations they feel may help in the future. The panel will be announced as soon as possible, presumably by the end of the week. I will ask for their recommendations within 30 days. The panel will come from outside current government employees or officials.”

And this story published in the Boston Herald will make your blood boil.

Meanwhile, in NYC, there are parallel investigations into how city child welfare agents there failed 7-year-old Nixzmary Brown–whose stepfather and mother have been arrested for starving, molesting, and beating her to death after years of abuse and suspicions by school officials, neighbors, and others that she had been victimized–as well as other children under the watch of government protective services who were murdered:

Scarborough and Brennan immediately set an initial hearing for New York City on Feb. 9. They said additional hearings have been scheduled for Feb. 16 in Buffalo and March 2 in Syracuse.

More background on the case:

AP interviews Nixzmary’s accused murderer stepfather: Nixzmary was beaten for her “own good”

ACS system back under harsh spotlight

Standing up for the sanctity of life

When government cares for your kids, part II

When government cares for your kids

(Republished from MichelleMalkin.com by permission of author or representative)
← The Amazon.Com Review CesspoolCanada: the Counting Begins →

How I Made Mitt
Romney owes his only win to English for the Children.
Ron Unz
• 2 Comments • Reply
← The Amazon.Com Review CesspoolCanada: the Counting Begins → 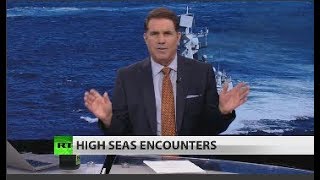