A former Pentagon analyst was sentenced to 12 years and seven months in prison on Friday for passing U.S. defense information to two pro-Israel lobbyists and for sharing classified information with an Israeli diplomat.

Lawrence Franklin, 59, who previously worked as an analyst in the office of the secretary of defense, was sentenced by U.S. District Judge T. S. Ellis. Franklin had pleaded guilty in October to sharing the information and also to illegally possessing classified documents.

Franklin had faced up to 25 years in prison. His sentence could still be reduced further because of his cooperation with the government which is still prosecuting a case against the two remaining defendants in the case — former officials of the American Israel Public Affairs Committee, a pro-Israel lobbying group.

Ellis said Franklin would not have to go to jail to start serving his sentence until he is finished cooperating.

Franklin is expected to testify against the two former AIPAC officials, Steven Rosen and Keith Weissman. They have both pleaded not guilty to charges of conspiracy to communicate national defense information provided by Franklin. Their trail is scheduled to begin on April 25.

Franklin did not make any statement at the sentencing but he said previously that he had never intended to harm the United States.

“The danger of such unauthorized disclosure, when you disclose national defense information … is that the United States government loses control of such information,” he said.

There should be harsh consequences for illegally leaking classified information, whatever the intentions of the leaker. If people on both sides of the aisle would be more consistent about this, our country would be a hell of a lot better off.

A partial defense of the MSM’s Larry Franklin coverage

The national security scandal no one’s talking about

(Republished from MichelleMalkin.com by permission of author or representative)
← Cracking Down on EcoterrorismOperation Iraqi Children → 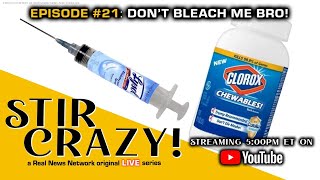