While stopping short of announcing his opposition to the appointment, the Vermont Democrat’s written statement Tuesday was by far the most critical he has made since President Bush nominated Roberts…Leahy, who is the ranking Democrat on the Senate Judiciary, fired his broadside one day after the release of 5,000 pages of Reagan-era records. Leahy said Roberts’ views were “among the most radical being offered by a cadre intent on reversing decades of policies on civil rights, voting rights, women’s rights, privacy and access to justice.”

The senior Democrat on the Judiciary Committee announced Wednesday he will vote to confirm John Roberts for chief justice of the United States after leading senators met with President Bush to discuss candidates for a second high court vacancy.

The decision by the veteran Vermont senator dealt a serious blow to liberal efforts to mount significant Democratic opposition to the conservative judge who would succeed the late William H. Rehnquist at the helm of the court.

Leahy’s announcement on the Senate floor came shortly after he and three other senators met with Bush at the White House to talk about the vacancy created by the decision by Justice Sandra Day O’Connor to retire.

Four leading senators floated several names to Bush, but the president kept his own list to himself at a White House breakfast earlier Wednesday.

Leahy said he still has some concerns about Roberts. “But in my judgment, in my experience, but especially in my conscience I find it is better to vote yes than no,” he said. “Judge Roberts is a man of integrity. I can only take him at his word that he does not have an ideological agenda.”

The Judiciary Committee will vote on Thursday on Roberts’ confirmation. With 10 Republicans and eight Democrats, Roberts is assured of getting a majority of the committee’s support before moving on to the full Senate for confirmation next week.

Leahy’s decision obviously means that there will not be a party-line vote in the Judiciary Committee. And it also suggests that senators who are arguing that Democrats should support Roberts so they can more effectively oppose the next Bush Court nominee may be gaining the upper hand in the debate among Senate Democrats.

(Republished from MichelleMalkin.com by permission of author or representative)
← Blogging RitaAble Danger: the Saga Continues → 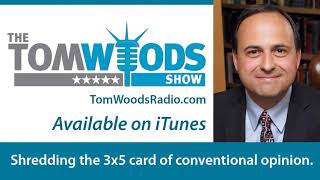