Intense reaction to the N.Y. Times’ journalistic dumpster diving into the sealed adoption records of Supreme Court nominee John Roberts’ two young children continues to pour in. Here’s a sample of the letters I’m getting. Won’t it be interesting to see whether the Times letters page bothers to print as many?

I’m sure you’ve been hearing from a lot of adoptive parents over the issue of the NYT looking into Roberts’ adoption records.

I am an adoptive parent, my two precious children come from Russia.

Here’s another danger in this that I see. It is up to the parents and the parents alone to decide what they tell the kids about their adoption. What if the paper published information the Roberts didn’t want to have out there yet, what if the kids at some future date found this information in the public domain, rather than from their parents in a loving, supportive context? What in the bleep gives the NYT the right to usurp one of most important duties of an adoptive parent, that of sharing with the children where they come from?

I got the same mamby-pamby response from the public editor when I threatened to spend every dime I have investigating the children of NYT editors and columnists if they pursued this. As the adoptive parent of a Chinese daughter, to say I was furious is an understatement. Maybe the t[h]reats were a little over the top — “Any editors up there have kids with DUI arrests? Date rape accusations? Mandatory stints in rehab? Want it broadcast to millions through the miracle of cyberspace? Think about what you’re doing. — but thugs have to be treated this way.

Wonder what the NYT response would have been if The Washington Times had investigated Justice Ginsburg’s children?

It seems clear to me that the goal and hope of the Timesfolk was to find the birth mothers of the two Roberts children; send a reporter (and photographer!) to some poor Latin American village and interview the two women. After some coaxing and editing the following would appear on the front page of the (Sunday) NY Times:

Maria Sanchez earns twenty five cents a year and survives without medical care and in a cardboard shack. Five years ago an American helicoptered into her poor mountain village (there are no roads) and offered her the equivalent of four year’s salary to hand over her newest child, one month old Jose. Eighteen year-old Maria, who couldn’t feed her other six children went to her local Priest who advised her that it would be best for all the children if she accepted the “Gringo’s generous offer.”The New York Times has now learned that Jose is Jack. The adorable adopted son of John Robert, George Bush’s nominee to the US Supreme Court. The Times was able to interview Maria who has never forgotten the day that Jose waved goodbye from the window of the departing helicopter.

“Maria, do you want your son back?”

Although the editors of the New York Times are proudly ignorant of how incentives and disincentives alter human behavior the rest of us know better.

Action: America’s best-known newspaper tries to find dirt on a public figure by investigating the figure’s adoption of two children.

Reaction: There will be fewer adoptions.

Some good has come of all this, I suppose. At least we can now be sure of at least one thing: John Roberts has never rented an X-rated video. If he had we’d surely know about that by now.

I have noticed in a number of reports about the Times investigation of Robert’s adopted children the inclusion of the disclaimer, “which detected nothing irregular about the adoptions.”

Why are they taking pains to point this out? Would they gleefully print anything irregular?

It’s as if they expect a Thank You for ensuring there is nothing irregular about the adoption. How petty, sleazy and disgusting.

What about nominees with natural born children? Will they be asked for detailed recitations of events preceding each and every conception? Might be needed to avoid civil suits charging bias against adoptive parents.

What about in vitro fertilization? Surrogate mothers? The waters do

Letters to the Editor

(Republished from MichelleMalkin.com by permission of author or representative)
← Say It Ain't So, Arthur!The Right Way to Apologize →

An Obituary of The New York Times
Johannes Wahlstrom
• 135 Comments • Reply
← Say It Ain't So, Arthur!The Right Way to Apologize →

The Economics of American Super Imperialism
How the US Makes Countries Pay for Its Wars
Michael Hudson • April 24, 2020
• 7,200 Words • 53 Comments • Reply 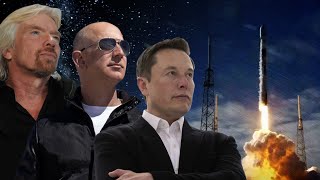