On Tuesday, the 9th U.S. Circuit Court of Appeals in San Francisco ruled that the Kamehameha Schools, a private school in Hawaii, can no longer discriminate against students who are not of native Hawaiian descent.

Overturning a Honolulu federal judge’s decision supporting the school, a panel of the U.S. 9th Circuit Court of Appeals in San Francisco ruled 2-1 that the practice at the private school violates federal civil rights law even though it receives no federal funding.

The case was brought by an unidentified non-Hawaiian student who was turned down for admission in 2003.

“I think it is a terrific decision,” said John Goemans, an attorney for the boy. “It is a very big event for Hawaiian history.”

Kamehameha Schools trustees say they will ask the the 9th Circuit to appoint a larger panel of judges to review the case. If the full 9th Circuit court rules against them, they say they will go all the way to the U.S. Supreme Court.

“We are prepared to go as far as necessary to defend our preference policy,” said Kamehameha Schools Board Chairwoman Diane Plotts, a modern day George Wallace who apparently believes that native Hawaiians are exempt from civil rights laws that apply to other Americans.

If the case does go to the Supreme Court, the Rice v. Cayetano (2000) decision will loom large. In that case, the Supremes struck down a blatantly discriminatory Hawaiian-only restriction for voting in a statewide Hawaiian election. In a strongly worded 7-2 decision, the court ruled that the racial restriction “demeans the dignity and worth of a person to be judged by ancestry instead of by his or her own merit and essential qualities.”

The attorney representing Hawaii, which lost, was none other than John G. Roberts Jr., President Bush’s nominee for the U.S. Supreme Court, who at the time was with the Washington law firm Hogan & Hartson.

According to the Star-Bulletin,

When the Supreme Court struck down the voting restriction as unlawful racial discrimination in February 2000, Roberts told the Star-Bulletin that the decision “could have been worse. The good news is that the majority’s opinion was very narrowly written and expressly did not call into question the Office of Hawaiian Affairs, the public trust for the benefit of Hawaiians and native Hawaiians, but only the particular voting mechanism by which trustees are selected.”

The Left is worried that Roberts will advocate colorblind policies in the area of voting rights. I fear they will be proved wrong, just as many conservatives were wrong about President Bush’s commitment to colorblind policies when he first began running for national office six years ago–a fact I noted at the time.

Roberts will probably be a fine Justice on other issues, particularly national security-related issues. But an attorney who argued against colorblind policies in Hawaii should not be counted on to work for a colorblind America once he’s on the Supreme Court.

As a [government] lawyer myself (though certainly not in the major leagues like Judge Roberts), I’ve had to make legal arguments I did not necessarily agree with, so I wouldn’t necessarily hold this one against him. I think an indication of how he would vote on the Hawaiian case can be seen in who dissented in the Rice case: Souter, Breyer and Ginsburg. I can’t see Roberts in that crowd. God forbid.

Update II: Quite a few readers e-mailed me arguing that Courts should allow private entities to engage in racial discrimination. That sounds to me like judicial activism. Like it or not, civil rights laws are on the books; these laws clearly apply to employers and many other private institutions. Unless these laws are repealed, they should be enforced. And they should be enforced evenhandedly, i.e., even when the victims of discrimination happen to be white.

Update III: Paul Mirengoff of Power Line agrees with me that the position Roberts espoused in Rice v. Cayetano was “an abomination” but is “not concerned that Roberts, as the lawyer Hawaii hired, supported it.” Paul thinks Roberts’ memos on racial quotas while in the Justice Department “are far more indicative of his views on the subject.” I sure hope so.

Apartheid in Hawaii: Which side is Bush on?

(Republished from MichelleMalkin.com by permission of author or representative)
← Apartheid in Hawaii: Which Side Is Bush...Air Enron: Thumb-Twiddling Msm → 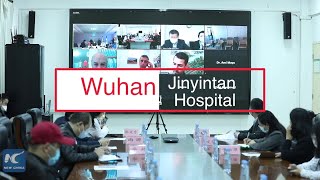