You’ve no doubt read about the case of mistaken identity in Thursday’s London tube shooting. It is an awful, awful tragedy–and one which the usual suspects will exploit to further their anti-cop, anti-gun, anti-War on Terror agenda. But London Mayor “Red Ken” Livingstone, of all people, gets it right this time (via BBC):

The Mayor of London, Ken Livingstone, said: “The police acted to do what they believed necessary to protect the lives of the public.

“This tragedy has added another victim to the toll of deaths for which the terrorists bear responsibility.”

Confronted with a furtive individual who reportedly refused to obey orders, dressed suspiciously, and fled over a turnstile towards the subway train, London authorities made a fateful split-second decision in a moment of great danger. I have a feeling that no one who works in law enforcement–here or around the world–will blame the police for the actions they took, and I doubt the majority of Britons will either.

(Republished from MichelleMalkin.com by permission of author or representative)
← Where in the WorldOutrage: the Funeral Crasher →

American Pravda: Our Coronavirus Catastrophe as Biowarfare Blowback?
Ron Unz
• 1,387 Comments • Reply
← Where in the WorldOutrage: the Funeral Crasher → 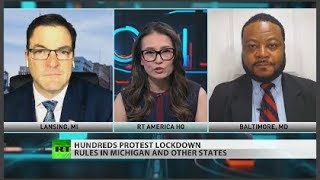