The nuttiest professor’s fragging comments, blogged here three days ago with a big hat tip to the diligent folks at PirateBallerina, are now on video at Trey Jackson’s.

The Denver Post (which properly credits PB; good for them) reports that Churchill is, naturally, defending his latest smear.

Controversial University of Colorado professor Ward Churchill says he does not advocate “fragging” U.S. military officers in spite of how recent comments he made have been portrayed.

“Conscientious objection removes a given piece of the cannon fodder from the fray,” he said. “Fragging an officer has a much more impactful effect.”

His remarks were posted Sunday on the Pirate Ballerina blog site, which carries mostly anti- Churchill content. On Wednesday, Fox News’ Bill O’Reilly played a tape of the remarks.

Reached at his home in Boulder County on Wednesday night, Churchill said the comments were made merely to spark discussion and not to take a position on fragging, which is the killing or injuring of an officer in combat by a subordinate.

He said that his remarks were being taken out of context and sensationalized in an effort to drive him from his job as a CU professor.

“I neither advocated nor suggested to anyone, anything,” Churchill said. “I asked them to think about where they stood on things.”

Be sure to check out the moonbat account of Churchill’s lecture here.

Ward Churchill and MEChA: perfect together

One of Ward Churchill’s ex-wives speaks

Double standards at the University of Colorado

Another bizarre twist in the Ward Churchill saga (fake art)

(Republished from MichelleMalkin.com by permission of author or representative)
← Democrats Behaving BadlyTake Back the Memorial: What if We Don&... →

Is Imperial College Still Open for Business?
Gilad Atzmon
• 126 Comments • Reply
← Democrats Behaving BadlyTake Back the Memorial: What if We Don&... → 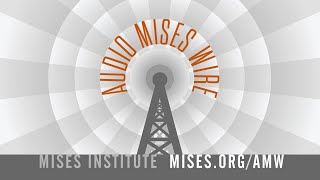