The missing girl case in Aruba continues to hold the attention of millions of TV viewers–and quite a few Internet users as well.

Fox News Channel’s viewership is exploding, and Greta Van Susteren’s show, On the Record, which is leading the way on the story, has numbers through the roof.

In the blogosphere, Dan Riehl of Riehl World View has been providing continuing, breaking coverage of the story–and his traffic has skyrocketed as a result. As of today, his average visits per day now tops an impressive 58,000–surpassing this blog this week. Check out Dan’s year-to-date stats for a stark visual of his Natalee-fueled spike.

I blogged about my misgivings over Missing Pretty Girl Syndrome, but unfortunately it’s hard to argue with ratings and traffic. For whatever reason, people really do seem to care.

I just wish there were a way to take this story’s magical ingredients and add them to neglected threats that affect far more people–say, new developments on border insecurity or the Islamist infiltration of America. In war time (must we remind TV news execs that we are still at war?), those are the stories that you can never flog enough.

Update: Scared Monkeys, another blog that has focused on the Holloway case, has also seen its traffic boom.

Update IV: I think my post has been completely misconstrued. The gentlemen at Scared Monkeys interpret my comments as “sniping” when all I was doing was politely observing that, despite my own misgivings, their work is finding a large audience. One of the Scared Monkeys’ commenters requests that someone “bitch slap” me for my post.

Dan Riehl has a much more thoughtful response here. As I’ve let all these gentlemen know, I wish them continued success with their blogs and will continue to read them with interest.

(Republished from MichelleMalkin.com by permission of author or representative)
← Who Calls the Shots at the Today Show?Take Back the Memorial: D.C. Rally →

A Government Against the People
Loyalty to the president is the chief qualification
Philip Giraldi
• 168 Comments • Reply
← Who Calls the Shots at the Today Show?Take Back the Memorial: D.C. Rally → 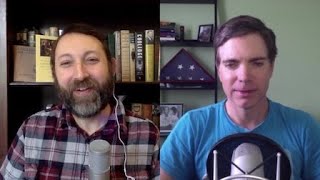