Sometimes, “art” is nothing more than hatred wrapped in vulgarity framed with stupidity hung on a wall.

Like many of you, I read the this Drudge-linked story last week describing a vulgar anti-Bush painting that depicted the president getting sodomized by a Saudi over a barrel of oil. There was something missing, though. The online edition of the Sun Sentinel article did not include a photo of the art by Alfred Phillips titled “Yahoo!” Doing research for my syndicated column, I called up the art gallery on Friday and asked for a jpeg of the controversial piece, which is on display as part of an annual exhibit titled, yup, “Controversy.” The Broward Art Guild director, Susan Buzzi, was chatty, enthusiastic, and happy to oblige. After seeing the photo, I realized that no mainstream newspaper is going to run it. So I’ve decided to post the jpeg of “Yahoo!” at my Flickr site (large version here): That is indeed a ribbon in the right-hand corner of the photo. The piece received a judge’s special recognition award. The judge’s only complaint?

âI thought it was good, but I thought Bush should have been the top,â Yoculan said.

Art guild director Susan Buzzi proudly informed me that the art exhibit is all about “raising consciousness” and is “extremely political.” Translation: Virulently anti-Bush. Also featured in this year’s exhibit is an insipid religion-bashing gem from Gerard Delaney titled “Liberty or Death?,” with President Bush donning a pontiff’s hat and a lapel button that reads “God hates fags.” That’s an Iraqi flag burning in the torch and a book titled “Presidency for Dummies” tucked under his arm:

Buzzi told the Express Gay News that another past piece depicted Bush in a Nazi uniform. She also bragged to me that last year’s exhibit included a piece featuring President Bush in a toilet seat.

No one rioted, though you’d think more south Floridians would raise a fuss. The Broward Art Guild, which sponsored the juried exhibit featuring these sophomoric cribblings and scrawlings, is funded in part by county government money.

Art for hate’s sake may titillate Bush-bashers. But no taxpayer should be forced to subsidize crude political pornography that panders to the Left’s lowest common denominator. You don’t have to be a Pratt Institute grad to know pure, unadulterated crap when you see it.

Kid’s Bush=Hitler art gets an “A”

Inside an illegal alien rally

(Republished from MichelleMalkin.com by permission of author or representative)
← i Kinda Liked Scarlett Johansson...Hot Conservative Gals of the Blogospher... → 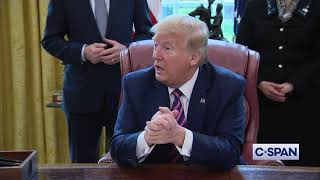