The Globe is too P.C. to actually report it, but the rise is due to uncontrolled illegal alien gang activity. See Heather Mac Donald for the real scoop.

Meanwhile, the Citizens Committee for the Right to Keep and Bear Arms comments:

“When are politicians going to wake up and understand that it’s not inanimate objects – whether we’re talking about guns, knives, clubs or rocks – but criminals that are causing urban and suburban problems,” challenged CCRKBA Executive Director Joe Waldron. “For years, the gun rights community has insisted that even if there were no guns, criminals would resort to some other type of weapon. The Massachusetts situation proves that point.

demonizing guns than in focusing on violent criminals,” Waldron said. “Such news coverage constantly reinforces negative public emotion toward guns, while devoting much less attention to the harm that thugs can do with other weapons.

“Sadder still,” he concluded, “the political ‘quick fix’ is still the same. City governments are placing restrictions on objects, rather than face the harsh reality of punishing individuals, and holding people, not the instrument they carry, responsible for their criminal behavior. As we’ve seen repeatedly, it is the evil intent in a person’s heart, not the object in his hand that is at fault. Gun control laws haven’t worked, and pretty soon, politicians in Massachusetts will discover that machete laws won’t work, either. They will merely penalize the wrong people.”

(Republished from MichelleMalkin.com by permission of author or representative)
← KidnappedOn Profiling →

On David Hogg and the New Childrenâs Crusade
Where Are Muslim Slave Traders When We Need Them?
John Derbyshire
• 176 Comments • Reply
← KidnappedOn Profiling → 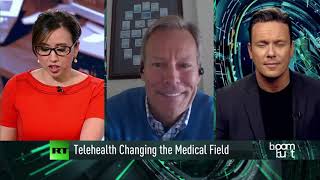