This is Charles Blow. Blow is an African-American columnist for the New York Times. He flew down to the Dallas Tea Party to see what he could see. He saw what he wanted to see and he might as well have used the new smear term from Tea Party-bashers that I noted last week: “Tea Klanners.”

The title of his screed? “A mighty pale tea.”

Blow used his column from his hallowed perch at the Times to malign minority conservatives as minstrel tokens and puppets for the movement. How…original. He singled out my friend Alfonzo “Zo” Rachel — the young, delightfully talented conservative comedian — and essentially accused every non-white activist who opposes endless bailouts, massive new entitlements, and Obama’s culture of corruption of being incapable of thinking for himself/herself:

The juxtaposition was striking: an abundance of diversity on the stage and a dearth of it in the crowd, with the exception of a few minorities like the young black man who carried a sign that read âQuit calling me a racist.â

They saved the best for last, however: Alfonzo âZoâ Rachel. According to his Web site, Zo, who is black and performs skits as âZo-bama,â allowed drugs to cost him âhis graduation.â Before ripping into the president for unconstitutional behavior, he cautioned, âI donât have the education that our president has, so if I misinterpret some things in the founding documents I kind of have an excuse.â That was the understatement of the evening.

I found the imagery surreal and a bit sad: the minorities trying desperately to prove that they were âone of the good onesâ; the organizers trying desperately to resolve any racial guilt among the crowd. The message was clear: How could we be intolerant if these multicolored faces feel the same way we do?

It was a farce.

You want “farce?” I’ve pointed out many times over the years that the loudest preachers of skin-deep diversity work for media institutions that fail to practice their own social engineering sermons.

See, for example: The indelible whiteness of MSNBC.

In that last post, I poked fun at the Times for publishing a separate but equal gift guide for people âof color” — and pointed to the Fishwrap of Record’s own âpractice diversity as we say, not as we doâ philosophy as illustrated by its own board of directors:

I noted then that the NYTimes editorial board is similarly complected.

Blow, of course, is silent on the tokenism practiced by his mighty pale newspaper.

And as Tom Maguire at Just One Minute notes, by the Times’ own measure, t he Tea Party movement is “a lot more diverse than the Times Board.”

Related: Do these two “doughy white men” not realize how asinine they are?

Bill Maher and Chris Matthews, on Wednesday’s Hardball, denigrated Sarah Palin and Michele Bachmann as merely “attractive” women with very little smarts with the HBO host even going as far to use a vulgar euphemism to describe them as he claimed: “They’re attractive especially to the Republican Party, which is not known as a party that really does well with the opposite sex. Usually they’re doughy white men and I think they look on Michele Bachmann and, and Sarah Palin, as you know, M.I.L.Fs and I agree, they’re Morons I’d Like to Forget.”

I mean, really. Can you get any “whiter” or “doughier” than those two?

Update: Listen to Blow(hard) make a fool of himself on the Laura Ingraham show.

(Republished from MichelleMalkin.com by permission of author or representative)
← Saturday Open ThreadLeft-Wing Photoshop Blunder of the Day → 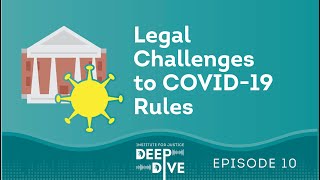