The one-year anniversary of the nationwide April 15 Tax Day Tea Party counterinsurgency is fast approaching — and publicity-seeking malefactors of all stripes want in on the spotlight.

Over the last week, conservative activists online have thoroughly exposed the loser behind an Internet call to “Crash the Tea Party.” His name is Jason Levin. To follow his trail, check Free Republic here, Canada Free Press here, and Velvet Hammer here. After failing to cover his tracks, Levin is now basking in the glow of attention on his tpartycrasher Twitter page and on his personal Twitter page (where he brags that he has hit the big time and “gone viral:”) He’s infected alright — with an acute case of Wannabefamousitis.

Conservative blogs and talk radio have spread the word about possible shenanigans promoted by Levin, including this:

âWe will act on behalf of the Tea Party in ways which exaggerate their least appealing qualities (misspelled protest signs, wild claims in TV interviews, etc.) to further distance them from mainstream America and damage the publicâs opinion of them. We will also use the inside information that we have gained in order to disrupt and derail their plans.â

Levin registered his site under a phony name on April 3, 2010. He’s just the latest in a long line of left-wing leeches and anarchist clowns trying to discredit Tea Party activism and mask their roles as agents provocateur.

Last month, it was nutballs on the rabble-rousing “Infoshop News” site. Like Levin, they tried to cover up by deleting their call to sabotage. But the fingerprints have been preserved through screen-caps and caches: Before them, it was Craig Varoga — a shady Democrat political operative and overseer of a convoluted, money-shuffling web of 527s. He launched “TheTeaPartyisOver.org” in January to target Republicans who supported the Tea Party movement and to prevent the “radical” and “dangerous” fiscal accountability agenda from “gaining legislative traction.” Here’s a screencap of Varoga’s site: Here’s how it works: What appears like a local groundswell is in fact the creation of two men — Craig Varoga and George Rakis, Democratic Party strategists who have set up a number of so-called 527 groups, the non-profit election organizations that hammer on contentious issues (think Swift Boats, for example).

Varoga and Rakis keep a central mailing address in Washington, pulling in soft money contributions from unions and other well-padded sources to engage in what amounts to a legal laundering system. The money — tens of millions of dollars — gets circulated around to different states by the 527s, which pay for TV ads, Internet campaigns and lobbyist salaries, all while keeping the hands of the unions clean — for the most part.

The system helps hide the true sources of funding, giving the appearance of locally bred opposition in states from Oklahoma to New Jersey, or in the case of the Tea Party Web site, in Illinois. And this whitewash is entirely legal, say election law experts, who told FoxNews.com that this arrangement more or less the norm in Washington. “It’s not illegal but it is, I think, dishonest on the part of the organizations,” said Paul Ryan, a legal counsel at the Campaign Legal Center. “And there’s a reason they do it: they know voters don’t like outsiders coming in to sway the vote.”

Calls and e-mails to the Maryland-based consultant firm Independent Strategies, run by Varoga and Rakis, were not returned.

Outside of that firm, the center of their activity appears to be a single office in Southeast D.C. — 300 M Street, Suite 1102 — which plays host to a sprawling political shell game they have established. Public records show at least seven political shops listed in Suite 1102, most of which are essentially clones of one another, but all of which have offered money — from measly thousands to game-changing millions — in state-level elections across the country… You will not be surprised to learn that Varoga’s Tea Party-bashing site is now password-protected so that the Democrat-run plotting against Tea Party activists can be conducted out of sight:

As those of us who have covered the Tea Party movement before it was even called the “Tea Party” movement have pointed out for more than a year, the saboteurs who have tried to smear these tax revolt protests come in all shapes and sizes. Look at Bob Beckel. On April 6, 2009, Beckel insinuated that Montana Tea Party folks were all gun-toting wackos and he recycled the false and illogical rumors that the grass-roots movement was directed from the GOP, national tax groups, and CNBC.

Yep. Remember that one?

It was one of the first attacks on the fledgling Tea Party movement, started by Playboy.com and disseminated on left-wing blogs. They spread loony conspiracy theories that the Koch Foundation orchestrated the Tea Party movement in cahoots with CNBCâs Rick Santelli. Never mind that the anti-pork revolts that laid the foundation for the nationwide Tax Day Tea Party preceded Santelli’s speech on the Chicago trading floor and had nothing to do with either Koch or Santelli. Never mind that the only news outlet paying any meaningful attention to the movement back then outside of conservative blogs and talk radio was Fox News.

Oh, and never mind that Playboy was forced to quietly abandon the moronic attack and tried to cover it up by deleting the column from its website. You can, however, read the whole fantasy-land screed here to refresh your memories. For their part, the illogical fools at the Daily Kos who parroted Playboy and blamed CNBC for propping up the Tea Party movement didn’t even bother to erase their tracks.

I speak from direct experience about the underhandedness of Tea Party smear merchants. On February 17, 2009 at one of the country’s first tax revolt rallies in Denver, a man approached me amid a throng of bona fide anti-stimulus protesters and thrust a camera in my face. I obliged cheerfully, as I usually do after such speaking events. I later learned from the character assassins at Progress Now, the Soros-backed outfit that just happened to be there and just happened to snap a close-up photo of the interaction, which was immediately disseminated to the local press and to the hitmen of Media Matters, that the man pulled out a sign at the last minute (which I didn’t see until later) sporting Obama’s name with a swastika on it. He held the sign away from me, but in direct view of the Progress Now cameraperson who used to work for CNN.

Never mind the Left’s Bush=Nazi hypocrisy and the uncanny, instantaneous manufactured outrage. The narrative was set: A conservative supporter of the nascent Tea Party movement posed for a photo with a man holding up a swastika at a protest against out-of-control spending! Ergo, the stimulus protesters and the entire Tea Party membership are all racist, fascist menaces to society!

Now, we’ve come full circle from a swastika sign “scandal” fomented by Tea Party saboteurs to distract from the core policy message at the Denver anti-stimulus protest last February… to the creepily similar tactics advocated by “Crash the Party” instigator Jason Levin to “act on behalf of the Tea Party in ways which exaggerate their least appealing qualities…to further distance them from mainstream America and damage the publicâs opinion of them.”

I’ll repeat the advice I gave last April 6, 2009 when I warned, “Get ready for the anti-Tea Party sabotage and smear campaign.” It holds true today:

They have no shame. Be prepared. Confront them with their own rank hypocrisy and unhingedness. Don’t get distracted. And don’t let your local media get away with lazily recycling their smears.

I leave you with what Culture11’s Kris Broughton would no doubt call more expressions of “minority self hate mongering” — from Tea Party Anthem singer Lloyd Marcus.

When they smear, sing louder. Get a fellow tax revolter to register to vote. Then sign up 10 more. Don’t get mad. Get active. If you sit on the sidelines, they win.

(Republished from MichelleMalkin.com by permission of author or representative)
← The Patient as Government PawnIdentity Politics Run Amok in Hawaii → 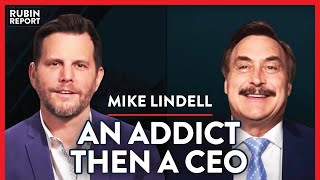