I got a tip from several readers that David Letterman told his TV show audience tonight that he was blackmailed over his sexual trysts with staffers. One source says Letterman’s cast and crew have been told in a memo from a Rob Burnett not to post anything on any social networking sites and to refer media inquiries to Rubenstein Communications.

Here’s a news item in Variety just out tonight:

In an uncharacteristically personal revelation for David Letterman, the host took to his “Late Show” stage Thursday to admit that he was the victim of an extortion attempt — and acknowledge that he has had sexual relations with more than one staff member.

According to a press release sent by Letterman’s PR reps, the host first received a package three weeks ago from someone who claimed to have information about alleged sexual relations he has had with female employees of the “Late Show.”

The individual threatened to go public with the allegations unless Letterman paid him $2 million.

Letterman told his audience on Thursday that he contacted the Manhattan District Attorney’s Special Prosecution Bureau. That led to a sting operation, in which Letterman met with the individual and handed the person a fake $2 million check. That person was arrested on Thursday.

“This morning, I did something I’ve never done in my life,” Letterman said on Thursday’s edition of CBS’ “Late Show.” “I had to go downtown and testify before a grand jury.”

As part of the testimony, Letterman admitted that he had engaged in sexual relationships with staff members.

“My response to that is, yes I have. Would it be embarrassing if it were made public? Perhaps it would,” Letterman said. “I feel like I need to protect these people — I need to certainly protect my family.”

Very sorry to hear about the blackmail attempt. That’s a hellish and terrible thing for anyone to go through.

As for the affairs with staff members and the damage done to his family, though, you can’t be too surprised given Letterman’s contempt for women.

(Republished from MichelleMalkin.com by permission of author or representative)
← All About Patrick GaspardThe Noble âsacrificeâ of Michelle O... → 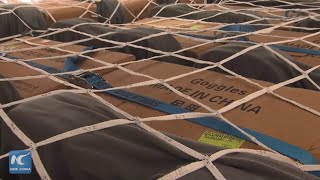