Er, Tim, I need to lighten my bus…

[H]aving worked at the World Bank/IMF I can tell you that as an American working there, they REIMBURSE you for the self-employment taxes! The idea is that Americanâs get paid âon parâ with all the foreigners i.e. NO taxes are withheld. The compromise is that Americanâs pay the âself-employmentâ tax but you get a CHECK from the Bank/IMF to pay them with. When I worked there in the mid-70s the reimbursement was one-half of the total self-employment tax. So I think the standard rate was about 6% and normal self-employment was twice that. The reimbursement was about 9% and you filed a special form with the IRS as a US citizen working for an international organization. The bank gave you the check for the 9% at the end of the year. You did not owe anything above the 9%. I canât remember all that well but I believe you also got a 1099 for the reimbursement. If you know anybody that works there or the UN or the OAS they can tell you how it works now.

Well, guess what? My reader’s story checks out. And now it has come to light that Geithner did in fact get reimbursements for taxes he didn’t pay.

Byron York has the story:

The tax allowance has turned out to be a key part of the Geithner situation. This is how it worked. IMF employees were expected to pay their taxes out of their own money. But the IMF then gave them an extra allowance, known as a âgross-up,â to cover those tax payments. This was done in the Annual Tax Allowance Request, in which the employee filled out some basic information â marital status, dependent children, etc. â and the IMF then estimated the amount of taxes the employee would owe and gave the employee a corresponding allowance.

At the end of the tax allowance form were the words, âI hereby certify that all the information contained herein is true to the best of my knowledge and belief and that I will pay the taxes for which I have received tax allowance payments from the Fund.â Geithner signed the form. He accepted the allowance payment. He didnât pay the tax. For several years in a row.

According to an analysis released by the Senate Finance Committee, Geithner âwrote contemporaneous checks to the IRS and the State of Maryland for estimated [income] tax paymentsâ that jibed exactly with his IMF statements. But he didnât write checks for the self-employment tax allowance. Then, according to the committee analysis, âhe filled out, signed and submitted an annual tax allowance request worksheet with the IMF that states, âI wish to apply for tax allowance of U.S. Federal and State income taxes and the difference between the âself-employedâ and âemployedâ obligation of the U.S. Social Security tax which I will pay on my Fund income.â

In a conversation today with sources on Capitol Hill who are familiar with the situation, I asked, âWas Geithner made whole for tax payments that he didnât make?â

âYes,â one source answered. âHe was getting the money. He was being paid a tax allowance to pay him for tax payments that he should have made but had not.â

Is this what Geithner supporter Sen. Orrin Hatch means by “very competent?”

I just wanted to chime in on the real world application of Tim Geithnerâs non-payment of taxes. Most US employees who work abroad usually have a gross up in wages similar to what Geithner got. They get it for the imposition of the income tax of the country they are performing work in. The âcrisis of conscienceâ as it is with Geithner isnât that he got a gross up. Itâs that he received notifications of the tax treatment of the income from his employer and neither he nor his tax advisor (I assume he didnât prepare his own returns) didnât question either the documentation IMF gave him or why box 2 and 4 of his W-2 was zero.

As a pretty skilled and experienced tax advisor, I profess to having never heard of the FICA treatment of IMF wages, but I assure you I would have found out when I saw a W-2 with $100k of wages and no FICA withholdings.

(Republished from MichelleMalkin.com by permission of author or representative)
← Obama Worship at the NY Division of Hou...In Defense of Joe →

A New World Is Being Born: What Will It be?
Paul Craig Roberts
• 156 Comments • Reply
← Obama Worship at the NY Division of Hou...In Defense of Joe → 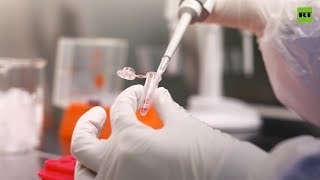