I knew it sounded familiar.

GM thinks we are all Gigantic Morons. The failing company published a two-page letter to American taxpayers today admitting that it made crappy cars and ran its business into the ground. Here’s a flavor of the new GM grovel epistle:

We deeply appreciate the Congress considering General Motors’ request to borrow up to $18 billion from the United States. We want to be sure the American people know why we need it, what we’ll do with it and how it will make GM viable for the long term.

For a century, we have been serving your personal mobility needs, providing American jobs and serving local communities. We have been the U.S. sales leader for 76 consecutive years. Of the 250 million cars and trucks on U.S. roads today, more than 66 million are GM brands – nearly 44 million more than Toyota brands. Our goal is to continue to fulfill your aspirations and exceed your expectations.

While we’re still the U.S. sales leader, we acknowledge we have disappointed you. At times we violated your trust by letting our quality fall below industry standards and our designs become lackluster. We have proliferated our brands and dealer network to the point where we lost adequate focus on our core U.S. market. We also biased our product mix toward pick-up trucks and SUVs. And, we made commitments to compensation plans that have proven to be unsustainable in today’s globally competitive industry. We have paid dearly for these decisions, learned from them and are working hard to correct them by restructuring our U.S. business to be viable for the long term.

Today, we have substantially overcome our quality gap; our newest designs like the Chevrolet Malibu and Cadillac CTS are widely heralded for their appeal; our new products are nearly all cars and “crossovers” rather than pick-ups and SUVs; our factories have greatly improved productivity and our labor agreements are much more competitive. We are also driven to lead in fuel economy, with more hybrid models for sale and biofuel-capable vehicles on the road than any other manufacturer, and determined to reinvent the automobile with products like the Chevrolet Volt extended-range electric vehicle and breakthrough technology like hydrogen fuel cells.

Until recent events, we felt the actions we’d been taking positioned us for a bright future. Just a year ago, after we reached transformational agreements with our unions, industry analysts were forecasting a positive GM turnaround. We had adequate cash on hand to continue our restructuring even under relatively conservative industry sales volume assumptions. Unfortunately, along with all Americans, we were hit by a “perfect storm.” Over the past year we have all faced volatile energy prices, the collapse of the U.S. housing market, failing financial institutions, a stock market crash and the complete freezing of credit. We are in the midst of the worst economic crisis since the Great Depression. Just like you, we have been severely impacted by events outside our control. U.S. auto industry sales have fallen to their lowest per capita rate in half a century. Despite moving quickly to reduce our planned spending by over $20 billion, GM finds itself precariously and frighteningly close to running out of cash.

This is why we need to borrow money from U.S. taxpayers. If we run out of cash, we will be unable to pay our bills, sustain our operations and invest in advanced technology.

Like I said, I knew this apology strategy sounded familiar.

That’s because GM ran a “We’re sorry we suck so much” ad campaign five years ago in that sounded the same themes.

From time to time, companies find it necessary to apologize. They may not do it in so many words, but in the wake of a crisis or a scandal or a huge, news-making problem, they will mount an advertising campaign to assure you, the consumer, that efforts are underway to “win back your trust.” During the Ford/Firestone fiasco a couple of years ago, for instance, both of those firms launched forgiveness campaigns.

What’s a little more unusual is a company coming out and apologizing for just being generally lousy over the past couple of decades. But that is essentially what GM is doing now, with a curious campaign touting its journey on “the road to redemption.” GM has run big two-page ads in major newspapers and also spins its tale on the Web.

Like all ad campaigns, the bottom line is that GM, right now, is a fine, high-quality company, whose products you should buy immediately. It’s the journey to this obvious destination that’s interesting. “Thirty years ago, GM quality was the best in the world,” the print ad starts. “Twenty years ago, it wasn’t.”

And apparently the company muddled along in a sub-par manner for 10 years before deciding to change. “The hard part [was] breaking out of our own bureaucratic gridlock,” the ad copy continues, and “learning some humbling lessons from our competitors.” After a “painful” decade of effort, they’re now back up to snuff, putting out great cars, etc., etc. The ad cites positive consumer-satisfaction research and recent automotive awards, presumably the hook for the campaign. “The road to redemption has no finish line,” the copy concludes. “But it does have a corner. And it’s fair to say we’ve turned it.”

I dug up the Web ad on GM’s site via the Wayback Machine. You can watch a bit of it here.

GM’s “road to redemption” five years ago turned out to be another dead end.

If you subsidize it, you’ll get more of it.

The “$15 billion” auto bailout installment is essentially a blank check for a carmaker that admits it has run a failing business for the last 25 years.

Gird up those loins.

Time for the rubber to meet the road, to borrow a phrase.

Reader Joe B.: “So was GM lying when they took out that print ad in 2003, or are they lying today? And either way, would you lend to or invest in a company with negative net worth? More: All GM CEOs since the early 1980âs have been claiming that âthis timeâ theyâd fixed the quality control problems â Roger Smith, Bob Stempel, and everyone else who was at or near the CEO post at GM for the past 30 years claimed that the problem was fixed. It never was fixed, and it will never be fixed.”

(Republished from MichelleMalkin.com by permission of author or representative)
← Oregon Car Dealers to Government: Pleas...Corruptocrat Alert: Blagojevich Taken I... → 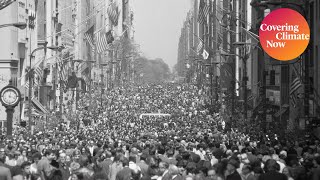