***Update: Larry Sabato weighs in on The Hillary Dilemma***

Ever wondered what it would like to be a fly on the wall at a Hillary Clinton fund-raiser planning pow-wow? Wonder no more. Reader Doug sends this newly-released video of a Senate campaign fund-raising phone conference in July 2000 between Hillary Clinton, Peter Paul, Stan Lee, and Aaron Tonken. Doug’s conclusion: ” It shows evidence of Hillary participating, coordinating, and facilitating a hard money in-kind donation from Peter Paul. It was illegal from the outset. This really is proof of a felony.” I guess we’ll be finding that out soon enough. The videotape was submitted to a California appeals court this week in a civil fraud suit against Hillary and Bill Clinton. This all relates to Hillary’s Peter Paul Hollywood fund-raising fiasco. He’s got a website here. However the case turns out, listening to Hillary in action is quite interesting:

My favorite line from Hillary Clinton: “Some people think I’m the mutant candidate!” Har-har. I’ll put up a transcript soon. Update: Here it is:

HC: No, no, whatever it is that you are doing, is it ok that I thank you? (Laughs)

I think itâs tremendous. Weâre having a good time trying to help out.

HRC: Well, Iâm very appreciative and it sounds fabulous. I got a full report from Kelly uh today when she got back and she told me everything that youâre doing. And it just sounds like itâs going to be a great event!

PP: I think this is worthy of the kind of title that weâre giving it as THE Hollywood gala salute to president William Jefferson Clinton.

PP: And I think that the community shows up will be a tremendous accolade to the kind of impact that heâs had on Hollywood during your collective administration.

HC: Oh I thank you for that. I think that so many positive things have happened and we just have to keep working to extend and expand it. Iâm just very much looking forward to it âcause I think itâs not only going to be successful, I think itâs going to be fun!

PP: We certainly hope so. And Aaron and all of us are working diligently to make sure that itâs going to be a lot of fun and that you will enjoy it.

HC: Now, I understood that you were going to be parachuting in, Peter, is that wrong?

PP: Yes, and Iâm going to be carrying these flares with meâthe red white blueâon a parasail. But you have to catch me! (Laughter)

HC: And I heard Stan was going to be shot out of a cannon (laughing)

SL: And towards Europe! Itâs the only way theyâll get rid of me.

AT: Mrs. Clinton? You wouldnât believe. I saved some of the messages from people that are coming. Like Jimmy Smits, Rosie OâDonnell, the Judds. They leave messages that go over five minutes on the machine. The only reason why theyâre doing it is because of you. They only care about you. That it means more to them than anything. Like the Steenburgens, Danson are calling from back East. They wanna sell tickets. Itâs like the most unbelievable response on your behalf. Isnât that great!?

SL: I thought myself that it was because we were offering everyone a free comic book but I guess I was wrong.

HC: And you know, Aaron, Iâm sooo grateful because I know how hard youâve worked on it because itâs your constant effort and outreach You know, I talked with Cher(?) and she was just great! Said she was really so excited. And I hadnât talked to her so you must have done a really good job selling it to her.

SL: Well, he tells me itâs because he was promised to him that heâll be the next Secretary of State!

HC: You werenât supposed to tell anybody that, Aaron!

AT: I thought it was our secret.

HC: Well, Stan, what we havenât told you is that youâre going to be the next Secretary of Defense.

SL: Well, I expected that.

HC: Well, the superheroes are a lot cheaper than the missile defense system.

AT: Weâve got people like Cher and others that have really never done anything before that are like coming out in full force knowing this is for your Senate race, itâs unbelievable.

HC: Iâm just thrilled. Iâll check in with you from time to time because I know that putting something like this together is challenging even when people are enthusiastic and looking forward to doing it. Itâs still, thereâs so much work thatâs involved.

SL: But in your case, itâs very gratifying. You know, my wife wants us to move to New York so that we can vote for you.

HC: This is a very good plan!

Maybe we could get a great migration, a country caravan, of literally tens of thousands of people. I think that sounds like our next big project.

SL: I donât wanna say that itâs happening, but if you tried to hire a moving van right now in L.A., you couldnât get one.

PP: Well, we did lobby for the X-men vote and all of the X-men have agreed toâbecause theyâre all NY residentsâso all the X-men will be voting for you.

(Laughter) SL: Oh, yeah, youâve got the mutant vote right around the world.

HC: Well, some people think Iâm the mutant candidate so I should have it.

AT: One other thing I wanted to tell youâa couple people confirmed today that like Iâve never been able to get in all my eventsâlike Brad Pitt and Nicholas Cageâare some of the people coming to give tributes.

HC: Oh, wow. Thatâs fabulous! Oh, Aaron, this is going to be so terrific. Well, you just let me know if thereâs anything that I need to do. And I know you and Kelly talk all the time, so sheâll be the person to convey whatever I need. But I just wanted to call and personally thank all of you. And Iâm glad you are all together so I could tell you just how much this means to me.

Who is Aaron Tonken? A Hollywood scam artist of the lowest order. I wrote about him several years ago. A flashback:

Tonken is a former street bum with a creepy lifelong attraction to Hollywood stars and powerbrokers. He once cold-called Jackie Onassis and sweet-talked Zsa Zsa Gabor into allowing him to stay at her apartment. He crashed the celebrity fund-raising scene a decade ago and quickly rose to the top. Tonken hooked up with Democratic socialite Denise Rich â ex-wife of fugitive financier and Clinton pardonee Marc Rich â for a lavish charity event in Milton Berle’s honor five years ago; it was reportedly Mrs. Rich who introduced Tonken to the Clintons.

Tonken’s mentor was Peter Paul, a convicted felon who was seeking access to the Clintons on behalf of his business partner Stan Lee (comic-book creator of Spiderman). Paul claims to have underwritten a Hollywood gala for the Clintons produced by Tonken in August 2000. The liberal elite bash â attended by Cher, Melissa Etheridge, Ted Danson, Michael Douglas, Whoopi Goldberg, Goldie Hawn, Shirley MacLaine and John Travolta â was both a tribute to the former president and a soft money fundraiser for Hillary’s New York Senate campaign.

Paul, who partied hard with Bill, Hill, and Chelsea at the star-studded event, alleges that his direct and in-kind contributions worth $2 million were disguised in order to hide his involvement with Hillary’s campaign. He also claims that Democrat officials solicited a contribution from Paul in return for a presidential pardon he unsuccessfully sought for his two prior convictions for cocaine possession and fraud. Paul has since fled to Brazil. He is fighting extradition to the U.S., where he faces an indictment for his role in a $25 million stock manipulation scam involving Stan Lee’s media company.

Meanwhile, Tonken faces a lawsuit by California Attorney General Lockyer alleging that he defrauded charities and their donors, diverted donations to bank accounts he controlled and refused to account for more than $1.5 million in contributions to six charitable events he agreed to produce. The defrauded charitable organizations include the Kids Campaign, the Joan English Fund for Women’s Cancer Research, the Michael J. Fox Foundation, the Betty Ford Center, and Inner-City Games Foundation.

The ripped off charities include organizations supported by celebrities such as singer Rod Stewart, the pop music group *Nsync and the cast of the TV show Ally McBeal.

According to an FBI affidavit relating to the federal mail fraud charge against Tonken: “Tonken routinely made misrepresentations which defrauded the underwriters and donors for these events. To cause donors to contribute to the events, Tonken regularly overstated the amount of underwriting funds that had been raised, understated the cost of producing the event, and promised that celebrities had agreed to appear at the events when they had not.”

Tonken was sentenced to to 63 months in prison for his scheme to defraud donors and underwriters in connection with his promotion and production of charitable events. In a tell-all book, âKing of Cons,â Tonken recounted organizing the August 2000 fund-raiser and asserted that both to Hillary finance aide David Rosen and Sen. Clinton knew about his illegal financing schemes.

A Call for a Coup Plus a Week Like No Other for Tulsi Gabbard
Clinton, McRaven and Pelosi all are featured
Philip Giraldi
• 524 Comments • Reply
← Breaking: Criminal Contempt Motion Agai...RCT-6 E-Mail Update: 4,900-Plus → 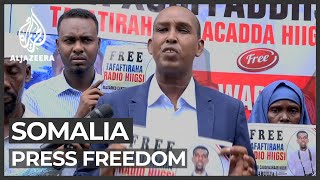