The jihadi bastards took the dog tags of one of our soldiers killed in the Saturday attack near Mahmoudiya:

As the massive search for three U.S. soldiers feared captured by al-Qaida entered its sixth day Thursday, the military said militants who ambushed their convoy apparently stole the dog tags of one of the four Americans killed in the attack.

There’s now a $200,000 reward for information on the missing soldiers. Canals have been drained. As a result of suspect arrests, some of the soldiers’ missing equipment has reportedly been recovered.

The hometown communities of the missing are rallying behind the soldiers’ families:

These communities are not taking their loved ones in uniform for granted. What about the rest of the country?

The Economics of American Super Imperialism
How the US Makes Countries Pay for Its Wars
Michael Hudson • April 24, 2020
• 7,200 Words • 34 Comments • Reply 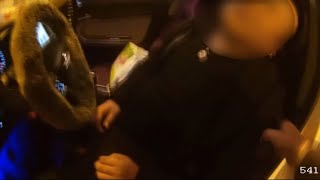