Via Stephen Bainbridge, the Los Angeles Times uncovers strong evidence that environmentalists and their trial lawyers derailed a major project that might have protected New Orleans from Hurricane Katrina:

In the wake of Hurricane Betsy 40 years ago, Congress approved a massive hurricane barrier to protect New Orleans from storm surges that could inundate the city.

But the project, signed into law by President Johnson, was derailed in 1977 by an environmental lawsuit. Now the question is: Could that barrier have protected New Orleans from the damage wrought by Hurricane Katrina?

“If we had built the barriers, New Orleans would not be flooded,” said Joseph Towers, the retired chief counsel for the Army Corps of Engineers New Orleans district.

Tower’s view is endorsed by a former key senator, along with academic experts, who say a hurricane barrier is the only way to control the powerful storm surges that enter Lake Pontchartrain and threaten the city. Other experts are less sure, saying the barrier would have been no match for Katrina.

The project was stopped in its tracks when an environmental lawsuit won a federal injunction on the grounds that the Army’s environmental impact statement was flawed. By the mid-1980s, the Corps of Engineers abandoned the project.

Bainbridge says the group in question is called Save Our Wetlands (SOWL). He notes the following passage on its web site:

There’s plenty of blame to be shared out on a bipartisan basis, but after reading this story and checking out Save Our Wetlands website, in my opinion they deserve a good-sized chunk of it.

OC Chronicle digs up a photo of Mary Landrieu mugging it up with the wetlands people.

Update: Note that America’s Wetlands, which participated in the photo op with Sen. Landrieu, is not the same group as the litigious “Save Our Wetlands” referenced in the Los Angeles Times piece. (Hat tip: Chris B.)

(Republished from MichelleMalkin.com by permission of author or representative)
← MICHAEL BROWN "RELIEVED of DUTY"Levee Breaches Not Anticipated → 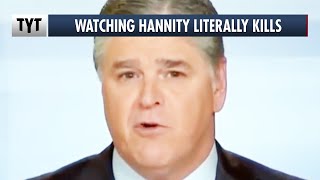