Michael Hudson: A Roadmap to Escape the Westâs Stranglehold
Pepe Escobar and Michael Hudson • October 6, 2022
• 2,100 Words • 99 Comments • Reply
It is impossible to track the geoeconomic turbulence inherent to the âbirth pangsâ of the multipolar world without the insights of Professor Michael Hudson at the University of Missouri, and author of the already seminal The Destiny of Civilization. In his latest essay, Professor Hudson digs deeper into Germanyâs suicidal economic/financial policies; their effect on... Read More 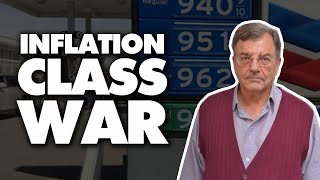 Inflation and the Fed Plan to Cut Wages: A Depression Is Coming
Michael Hudson • June 28, 2022
• 13,600 Words • 167 Comments • Reply
Economist Michael Hudson explains the inflation crisis and the US Federal Reserveâs âausterity program to reduce wages.â Western so-called economics experts are openly calling to boost unemployment. Hudson warns a âlong depressionâ is coming, in which the poor will suffer so the rich can get richer, in order to advance Washingtonâs new cold war on... Read More

Beyond the Dollar
Creditocracy: A Geopolitical Economy
Radhika Desai and Michael Hudson • July 7, 2021
• 11,000 Words • 196 Comments • Reply
As President Biden continues his predecessorâs New Cold War on China, it is clear that the pandemic has vastly accelerated the on-gong shift in the international balance of power, away from the US and towards China. For former US Treasury Secretary, Lawrence Summers, it was likely a âhinge of historyâ: â[i]f the 21st century turns... Read More
The Commanding Heights
Michael Hudson • February 17, 2016
• 7,600 Words • 2 Comments • Reply
Suppose a country owes money to another nationâs government or official agency. How can creditors collect, unless thereâs an international court and an enforcement system? The IMF and the World Bank were part of that enforcement system and now theyâre saying: âWeâre not going to be part of that anymore. Weâre only working for the... Read More
"BRICs" Items Across Entire Archive