AUGUST DIARY: the Alt Right Breakout; Hong Kong Breakaway? Etc.
John Derbyshire • September 1, 2016
• 3,600 Words • 20 Comments • Reply
The Alt-Right breakout. Back in the States, the big news in August was theAlt-Right breakout. A picture tells a thousand words: blogger Audacious Epigone has the picture. This is nothing but good news. Establishment strategy for years has been to silence the Alt-Right, to seal off any outlets through which our ideas might leak out... Read More

The National Press Club, James Watson, the Clintocalypse Clampdown
What Unites The Alt Right Is Resistance To Lies
John Derbyshire • September 11, 2016
• 1,900 Words • 91 Comments • Reply
Three weeks ago, I floated the word âClintocalypseâ to describe how the end of the world as we know it would follow a victory for Mrs. Clinton. Other opinionators were having the same thought. The one whoâs been getting most coverageâno, I donât begrudge it, honestly [sound of weeping]âis the pseudonymous writer Decius and his... Read More
February Diary: An Alt Right Style Book, Overproduction of Elites, Etc.
John Derbyshire • March 1, 2017
• 4,400 Words • 65 Comments • Reply
Wanted: an Alt Right Style Book. Did I coin the phrase âCold Civil Warâ? Itâs possible. Iâve been using the expression for four years. A Google search on the term finds âabout 23,800 results,â none of them earlier than that in the half-dozen Google pages I could be bothered to view. Whether I coined it... Read More

May Diary: the Increasingly Less Soft Totalitarianism of the Current Year, Etc.
John Derbyshire • May 31, 2017
• 4,900 Words • 84 Comments • Reply
Richard Emmanuel Goldstein Spencer. Emmanuel Goldstein is the number one Enemy of the State in George Orwellâs Nineteen Eighty-Four, and the main target of the daily Two Minutes Hate sessions.

Derb At the Mencken Club: Am I Alt Right?
John Derbyshire • November 8, 2017
• 2,500 Words • 196 Comments • Reply
Good morning, Ladies and Gentlemen. My title is âThe Alt Right Perspective.â I assume this means that I should tell you what the Alt Right is, and how Alt Righters see the world. Thatâs unfortunate because I donât actually know what the Alt Right is. Casual acquaintancesâneighbors and suchâsometimes ask me if I am Alt... Read More
November Diary: Mencken Club, Dissolution of the Universities, Etc.
John Derbyshire • December 1, 2017
• 4,000 Words • 34 Comments • Reply
You can browse the presentations at the conference website. My own talk, cross-posted at VDARE.com November 8th, had the title âThe Alt Right Perspective.â Since I have no clue what the Alt Right perspective is, I went for inspiration to someone who believes he does know. This is the blogger Vox Day, who last year... Read More
The NYT on the Alt-Rightâs âAsian Fetish â
John Derbyshire • January 8, 2018
• 500 Words • 16 Comments • Reply
Several readers have emailed in to congratulate me on having been mentioned in the New York Times. (Again: It happens about once per decade.) The white supremacists on the far right have âyellow feverâ â an Asian woman fetish. Itâs a confusing mix. Andrew Anglin, the founder of the neo-Nazi website The Daily Stormer, once... Read More 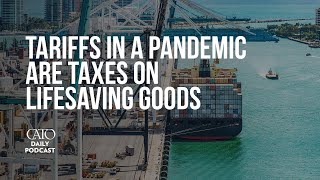