The French Spring
Israel Shamir • April 17, 2013
• 2,600 Words • Leave a Comment
This year, spring in France is unusually cold and rainy, following on the heels of a frosty and long winter. Only the last Sunday was different: the sun pushed the clouds away for the first time in months, and immediately the lucid Parisian air warmed up and trees broke out in full bloom. The French... Read More

Winnie the Pooh on Immigration and Race
Israel Shamir • February 13, 2010
• 6,400 Words • 2 Comments • Reply
A couple of Ukrainians are examining some graffiti: Kick a kike and save Russia! One Ukrainian says to the other âGreat idea! But who wants to save Russia?â This joke popped into my mind while reading the white nationalist calls: Stop immigration and save the White Race. The means are laudable, but the stated end... Read More 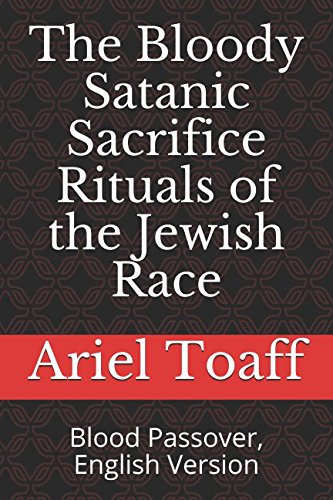 The Bloody Passovers of Dr Toaff
Israel Shamir • February 19, 2007
• 4,200 Words • 18 Comments • Reply
Blood, betrayal, torture, and surrender are intervowen in the story of an Italian Jew, Dr Ariel Toaff, as if penned by his compatriot Umberto Eco. Dr Toaff stumbled onto a frightful discovery, was horrified but bravely went on, until he was subjected to the full pressure of his community; he repented, a broken man. Dr... Read More Bloodcurdling Libel
A Summer Story
Israel Shamir • August 21, 2003
• 6,900 Words • Leave a Comment
Summer heat presents a great challenge to the non-air-conditioned world. When thermometers soar into the roaring forties (or into triple digits for Fahrenheit adepts), mankind slows down and seeks salvation in watery and shady places. Families with children depart for seashore, and elegant couples perambulate to the mountains. But the most sophisticated defence against sticky... Read More

Discussion of Anti-Semitism
Israel Shamir • January 11, 2003
• 11,700 Words • 1 Comment • Reply
At the height of the Great Cultural Revolution, the Chinese had the temerity to embark upon a monumental, nature-changing enterprise: they decided to exterminate ALL flies. The spirit of their solidarity was so powerful that they succeeded. For a while, they enjoyed peaceful summer evenings without this great annoyance. No buzz, no fuss: life was... Read More 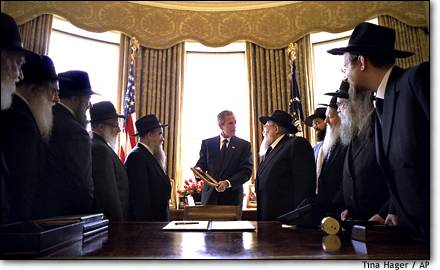 A Yiddishe Medina
Israel Shamir • September 20, 2001
• 11,900 Words • Leave a Comment
I America prepares for a long war. It is called âthe war on terrorismâ, but the name has no meaning but âa war on the enemyâ. Noam Chomsky gave a witty definition, âterrorism is what they do to usâ. However, in the course of this war, thousands of our brothers by Adam and Eve will... Read More

About Israel Shamir
Israel Shamir has written extensively on public affairs, primarily relating to the Israel/Palestine conflict and Russia, including three books, Galilee Flowers, Cabbala of Power and Masters of Discourse available in English, French, German, Spanish, Russian, Arabic, Norwegian, Swedish, Italian, and Hungarian. He describes himself as a native of Novosibirsk, Siberia, who he moved to Israel in 1969, served as paratrooper in the army and fought in the 1973 war, afterwards turning to journalism and writing. During the late 1970s, he joined the BBC in London later living in Japan. After returning to Israel in 1980, Shamir wrote for the Israeli daily newspaper Haaretz, and was the Knesset spokesman for the Israel Socialist Party (Mapam), also translating and annotating the cryptic works of S.Y. Agnon, the only Hebrew Nobel Prize winning writer, from the original Hebrew into Russian. His perspective on the Israel/Palestine conflict was summed up in The Pine and the Olive, published in 1988 and republished in 2004. That same year, he was received in the Orthodox Church of Jerusalem and Holy Land, being baptised Adam by Archbishop Theodosius Attalla Hanna. He now lives in Jaffa and spends much time in Moscow and Stockholm; he is father of three sons.
Personal Classics