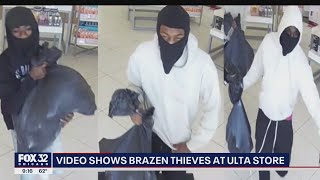 The Collapse of Three Cities
Gregory Hood • November 2, 2021
• 1,000 Words • 358 Comments • Reply
Chicago is mostly known for bad things: organized crime, dirty slaughterhouses, and political corruption. The short-lived Starz series Boss was about corruption and starred Kelsey Grammar as Chicagoâs mayor. After Baltimore and Detroit, Chicago may be the most notorious city in America. However, Chicago does have a âMagnificent Mileâ of upscale hotels, restaurants, and shops... Read More

The âN-Wordâ Pass for Violence
Gregory Hood • May 14, 2021
• 1,100 Words • 39 Comments • Reply
Last year, Robert Hampton cited several cases of black criminals, even a murderer, who were let go or got light sentences because of âracism.â A murdererâs conviction was overturned because a juror might have said the âN word.â The juror denied it, but that didnât matter. People in police departments, security companies, and the military... Read More

âRBGâ and the Death of the Constitution
Gregory Hood • September 21, 2020
• 1,600 Words • 99 Comments • Reply
Justice Ruth Bader Ginsburg died on Friday at age 87. NPR reported that her dying wish was that she not be replaced âuntil a new president is installed.â Senate Majority Leader Mitch McConnell will not grant that wish. âPresident Trumpâs nominee will receive a vote on the floor of the United States Senate,â he said.... Read More
"Judicial System" Items Across Entire Archive
PastClassics